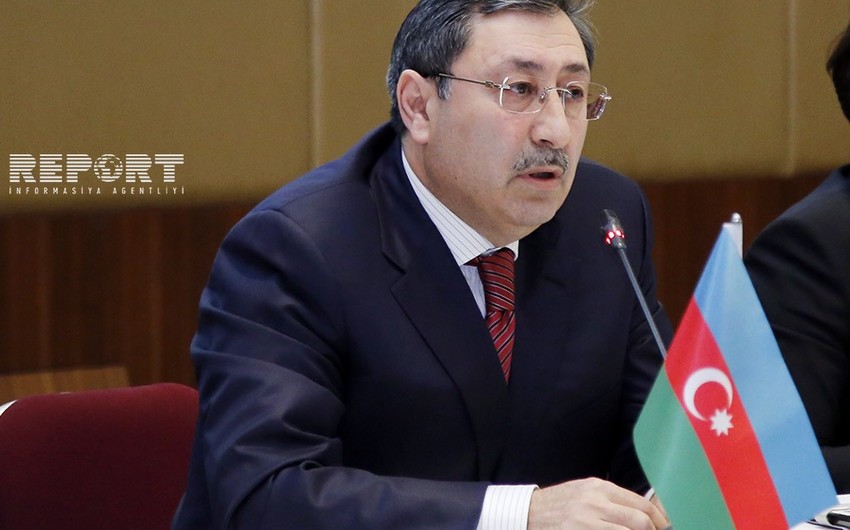 As part of visit to Japan Mr. Khalafov and Special Representative for Central Asia, Caucasus and GUAM of the Japanese Foreign Ministry Toshihiro Aiki have held the 10th political consultations.

They stressed the 25th anniversary of establishment of diplomatic relations between Azerbaijan and Japan. The parties emphasized the successful development of relations in political, economic and humanitarian fields.

During the conversations, they highlighted the importance of reciprocal visits in terms of further development of bonds between the two countries, and praised the level of economic cooperation.

The sides hailed beneficial cooperation in the energy field, saying there is a great potential in the non-energy sector. They also emphasized the necessity of increasing the joint efforts for development of cooperation in the fields of tourism, industry, information technologies, health, education, sports.

They stressed the various aspects of bilateral relations, as well as importance of the discussions in terms of further development of bonds.

Mr. Khalafov spoke of the current state of the Armenia-Azerbaijan, Nagorno-Karabakh conflict and stressed the necessity of increasing the efforts of the international community for implementation of the resolutions of the UN Security Council demanding the settlement of the conflict on the base of the territorial integrity and sovereignty of Azerbaijan.