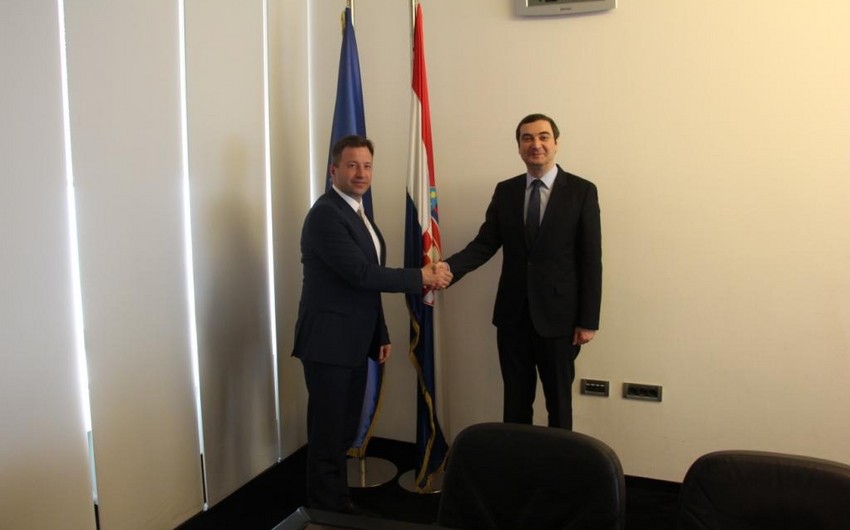 Baku. 23 March. REPORT.AZ/ Ambassador of Azerbaijan to Croatia Kamil Khasiyev has met with Mr. Tomislav Panenić, Minister of Economy of the Republic of Croatia.

Report informs citing Embassy of Azerbaijan to Zagreb, during the meeting the sides discussed topical issues of bilateral economic relations in a wide range of cooperation, as well as prospects for the development of relations in such areas as energy and gas industry.

The mutual interest in expanding economic ties with the activation of relations between the business circles of the two countries was also stressed during the meeting.