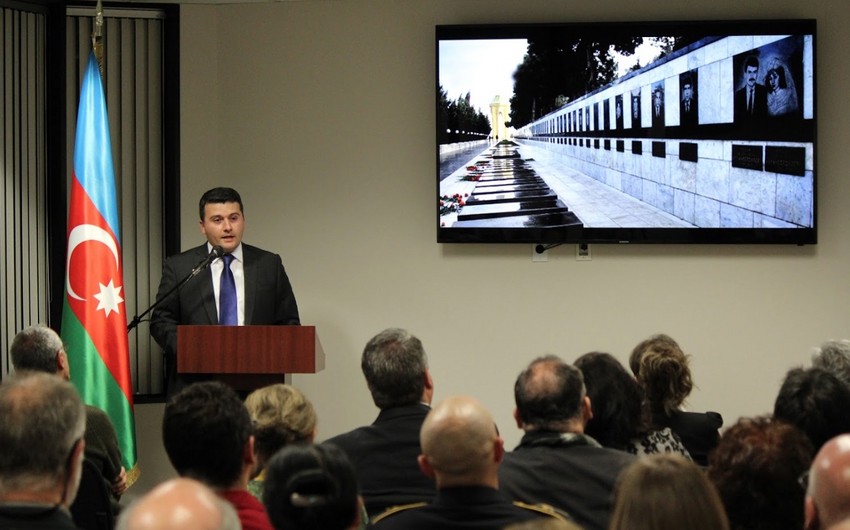 Report informs citing the consulate, an event titled “Stories of Heroism: Serving Your Nation with Courage & Honor”, was organized in cooperation with the Azerbaijani community in California.

Opening the event, Azerbaijan’s Consul General Nasimi Aghayev informed the attendees about Azerbaijan’s ‘Black January’ tragedy of 1990. He said: “On January 20, 1990, Azerbaijan's capital city of Baku was invaded by 26,000 Soviet troops, which, at the order of Mikhail Gorbachev and his Politburo, stormed the city and began shooting indiscriminately into the peaceful demonstrators. Hundreds of civilians were killed, including children, women and elderly; people of different ethnic and religious backgrounds, both Muslim, Christian and Jewish. And a thousand were wounded.”

“The pretext was a massive popular uprising in the capital, calling for Azerbaijan's independence from USSR: proof that the Soviet authorities were presiding over a collapsing empire, and that Azerbaijan was leading the fight for independence,” Aghayev continued.

“However, the brutal regime utterly failed. After the massacre, a million people - young and old, men and women, Muslims, Jews and Christians - filled the streets to mourn the victims, defying the curfew and showing national solidarity. Heydar Aliyev, who would later become president and founder of modern Azerbaijan, fiercely condemned the bloodshed in Moscow. His defiance helped to inspire the Azerbaijani people and Aliyev became a leader of the struggle for liberty,” the Consul General noted. “A year and half later Azerbaijan restored its independence.”

“What was the reaction in the West to Black January? The Nobel Peace Prize for Gorbachev! 9 months after the massacre, the Nobel Committee awarded Michael Gorbachev the Nobel Peace Prize. The Committee justified its position by stressing Gorbachev’s “leading role in the peace process” and his “many and decisive contributions” to peace. The Committee and its supporters decided to be oblivious to many egregious crimes Gorbachev committed, which had nothing to do with the notion of peace. Ironically, Alfred Nobel would not have been able to establish his Nobel Prize in 1901, had it not been the immense fortune he and his brothers made with oil development in Baku. And Alfred Nobel would not have been able to even dream that his Prize would one day be awarded to a man who turned the very city of Baku into a bloodbath,” Aghayev said.

“Since the restoration of independence, Azerbaijan has gone from strength to strength. Under the visionary leadership of President Ilham Aliyev, Azerbaijan has become an island of stability in an otherwise unstable region, and an important geopolitical power. Azerbaijan is the centerpiece of the Caspian oil and gas developments, vital for global energy security, as well as other regional megaprojects. Today, Azerbaijan's freedom is solid and irreversible, and we always remember the victims of the ‘Black January’ tragedy – the true heroes of our national liberation,” the Consul General concluded.

Then a short documentary on ‘Black January’ prepared by Azerbaijan’s Consulate General was screened.

Following the documentary, Consul General said: “Tonight we are also honoring another Azerbaijani hero, namely Mourad Ragimli, who lived in California, joined the U.S. Marine Corps and was killed in Iraq in January 2005 at the age of 20. He was a bright and talented young man. He could have gone to any other profession. But seeing the United States being attacked by terrorists on 9/11, he could not stand idly by. So he volunteered for the Marines and sacrificed his life for the United States and its liberty and freedom.” Welcoming Mourad’s family members, including his father, grandfather and uncle, Aghayev thanked them for Mourad’s service and courage.

Then the floor was given to Mrs. Kimiya Mammadova, an activist of Azerbaijani community in California, who presented more information on Mourad, his family as well as the documentary “My Little Brother” dedicated to him.

Afterwards, the film “My Little Brother” was screened, which was received by the audience with much acclaim.

The event concluded with the mesmerizing performance of Azerbaijani national music by Vahid Bayat and Jamil Mammadli. At the end, a photo exhibition dedicated to the ‘Black January’ massacre was presented to the attendees. 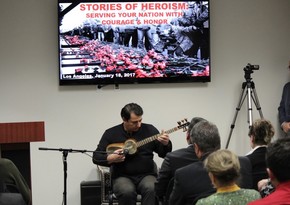 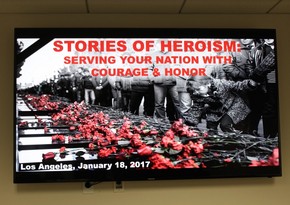 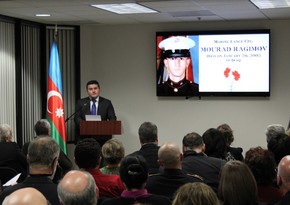 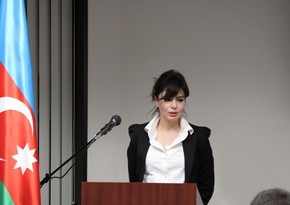 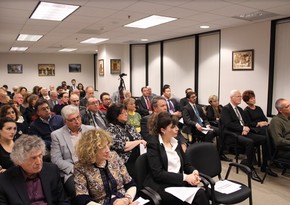 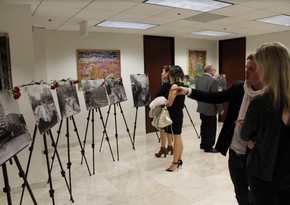 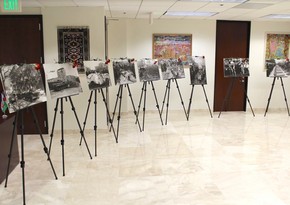 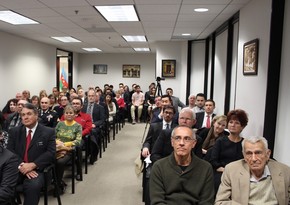