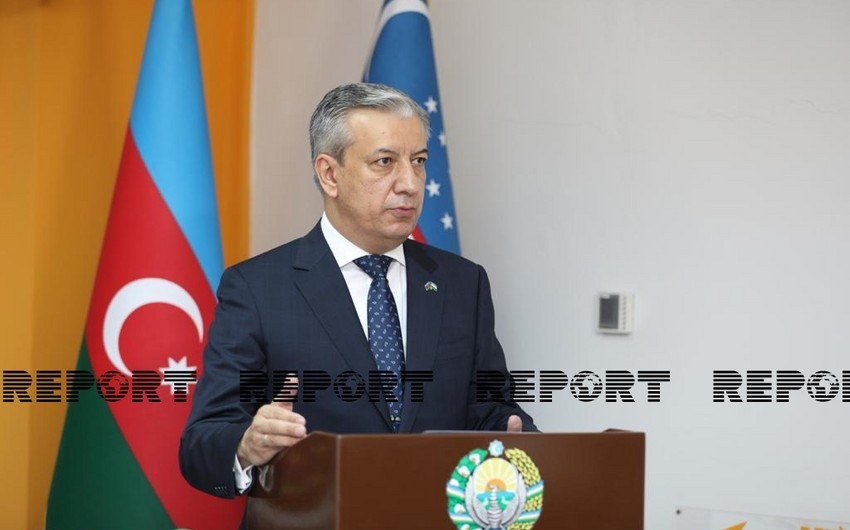 Uzbekistan intends to participate in restoring the liberated territories of Azerbaijan, Ambassador of Uzbekistan to Azerbaijan Bahrom Ashrafkhanov said in an interview with Region Plus, Report informs.

"I had a chance to visit the liberated territories more than once, and, frankly, the sensations were not pleasant. To my deep regret, the once glorified and ancient monuments of history and culture turned into ruins," he said.

The ambassador believes that the country has resources and opportunities to recreate and turn these lands into a flourishing paradise. "The construction of the airport in Fuzuli can serve as a vivid example of the efforts being made," Ashrafkhanov said.

The diplomat added that Uzbekistan would not remain indifferent to the restoration of the liberated territories of Azerbaijan.

"On March 31, 2021, President of Uzbekistan Shavkat Mirziyoyev, speaking at an informal video summit of the Turkic Council, said that our country is ready to take part in the restoration of ancient monuments, mosques, cultural and educational facilities located on the historical lands of Azerbaijan," the ambassador said, adding, that Uzbekistan intends to build a secondary school in these territories.

"It was with great satisfaction that Uzbekistan perceived the signing of a trilateral ceasefire statement on November 10, 2020. The Uzbek people are very happy that brotherly Azerbaijan has restored sovereignty and territorial integrity, in fact, having implemented the provisions of four well-known UN Security Council resolutions," Ashrafkhanov said.