​Ambassador: "Romania supports the strengthening and deepening of NATO-Azerbaijan relations" 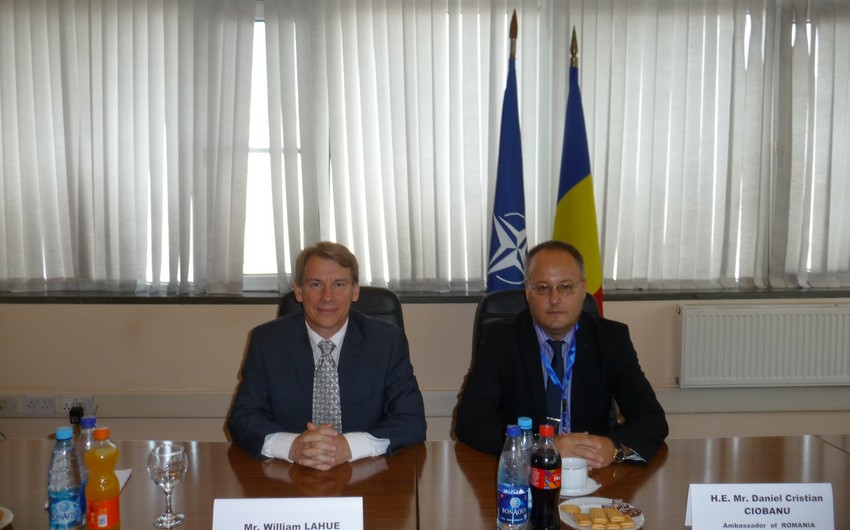 Baku. 9 July. REPORT.AZ/ Embassy of Romania, in its capacity of NATO Contact Point Embassy to the Republic of Azerbaijan, organized a roundtable on “NATO-Azerbaijan cooperation: current state of affairs and perspectives”, "Report" was told at the embassy of Romania.

At the event took part Ambassadors, Defence Attaches and senior diplomats from Embassies of NATO countries in Baku and NATO Liaison Office for South Caucasus.

Opening the event Ambassador of Romania Daniel Cristian Ciobanu highlighted that Romanian diplomatic mission in Baku is a channel for disseminating information about the role and policies of the North-Atlantic Alliance. Through organizing public diplomacy activities, Romania brings its contribution to intensification of political dialogue and cooperation between NATO and Azerbaijan.

"NATO and Azerbaijan actively cooperate on democratic, institutional and defence reforms, and have developed practical cooperation in many other areas. Baku is a very important and highly valued partner for NATO", - D.C.Ciobanu told.

At the event NATO Liaison Officer for South Caucasus Mr. William Lahue informed about the latest developments in NATO policy regarding Azerbaijan.

Participants in the roundtable exchanged views on the positive experience of NATO-Azerbaijan cooperation.