Ambassador: Azerbaijan-EU talks on common aviation area intensify The parties have agreed upon most principles 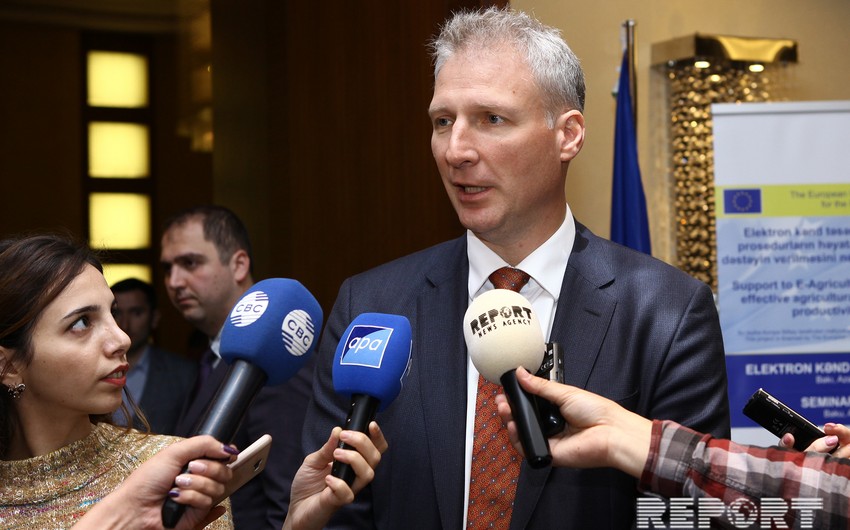 Baku.3 November. REPORT.AZ/ “European Union (EU) and Azerbaijan have agreed upon most principles of the Common Aviation Area Agreement.”

Report informs, Head of EU Delegation to Azerbaijan, Ambassador Kestutis Jankauskas said: “Our specialists met last week. After two-day intensive talks several issues left to be solved. Recently I spoke with the Ministry of Foreign Affairs and experts, ahead of Eastern Partnership summit several video conferences or meetings are being planned. I hope full agreement will be reached in the meeting,” he said.

He said that this year talks have been intensified as compared to last year.

Kestutis Jankauskas commented on development of talks on new agreement between Azerbaijan and EU: “The talks are ongoing intensively. Another video conference is expected next week. We will determine the date of Azerbaijani delegation’s visit to Brussels. I hope it will not be too long before it happens.”