Alan Duncan: Azerbaijan and Britain should set ambitious goals for future 'Our ties are developing with astonishing speed'
455 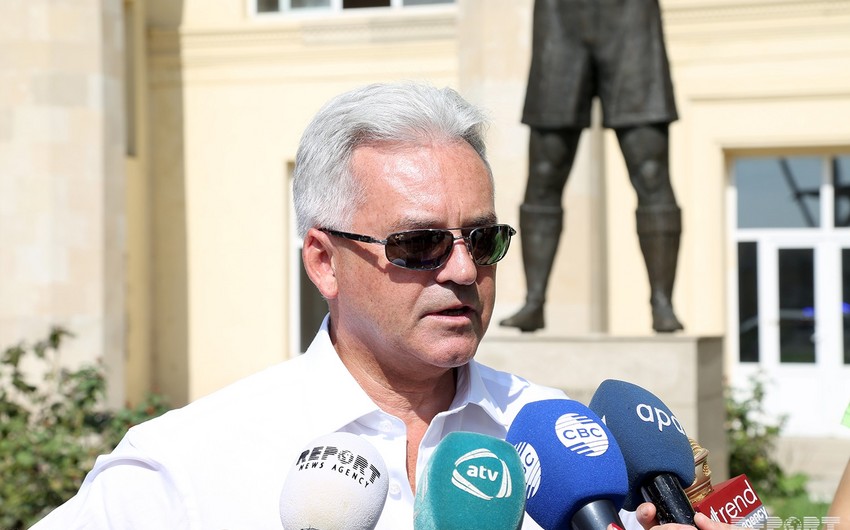 Baku. 24 November. REPORT.AZ/ Azerbaijan and the United Kingdom should set ambitious goals for the future.

Report informs, British Minister for Europe and America, Alan Duncan, wrote in his article on the Eastern Partnership Summit, which is being held in Brussels today.

"The UK continues to fulfill its obligations and, led by BP at the international level, promotes the development of offshore oil and gas production in the Caspian Sea region," article says.

The Baku-Tbilisi-Ceyhan oil pipeline and the Southern Gas Corridor are visible signs of the extraordinary cooperation between the UK and Azerbaijan over the last 25 years. Indeed, it is these infrastructure investments that have enabled Azerbaijan to prosper as a truly independent and sovereign nation for the first time in its history”, author writes.

"Our ties have grown at an astonishing rate in the fields of culture and education too. Growing numbers of young people in Azerbaijan want to study English, obtain a degree from a British University or work for one of the 450 British companies doing business in Azerbaijan. I am confident that people to people links can only deepen as our co-operation expands in the fields of art, literature, music, higher education and sport," he further states.