Qarabag Sporting match entrusted to a member of scandalous referee brigade Petr Ardeleanu helped Miroslav Zelinka, who did not count clean goal at the meeting with Italy's Inter
1658 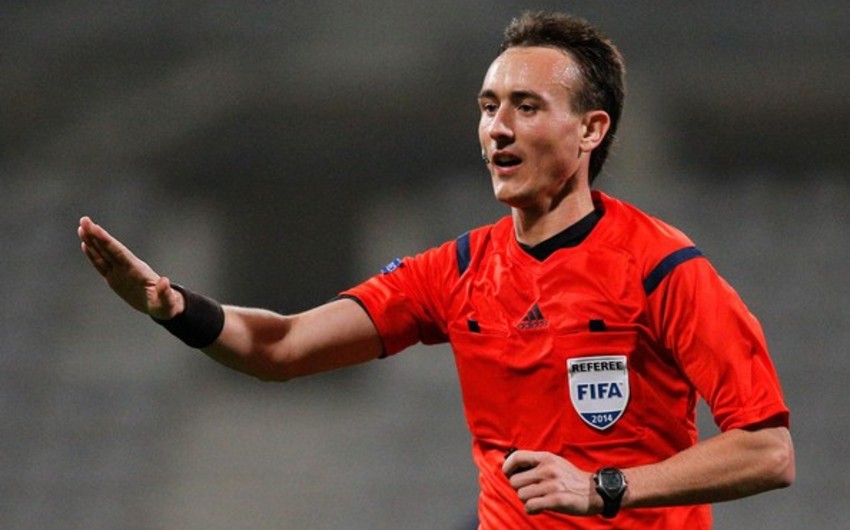 Baku. 26 November. REPORT.AZ/ Chief referee of the match between "Qarabag" and Portuguese "Sporting" within the 5th round of UEFA Europa League group stage has been announced.

Petr Blajey and Tomas Mokrusch will be side line referees, Zbynek Proske, Emanuel Marek will be assistants and Jan Paták will be the fourth referee.

Spanish coach Bernardino González Vázquez will be the referee inspector, Slovenian coach David McDaniel will represent UEFA. The match that will be played on November 29 in Baku Olympic Stadium starts at 21:55.

Notably, Petr Ardeleanu was assistant referee of the match between "Qarabag" and Italian "Inter" on December 11, 2014. Although the representative of Azerbaijan excelled in the extra minutes of the meeting, which ended with a score of 0: 0, Czech referee Miroslav Zelinka did not take it into account.

As a result, "Qarabag" remained in the group.