Gurban Gurbanov: Let’s not delude ourselves, we don’t have footballer to play for Roma or Atletico

Gurban Gurbanov: Let’s not delude ourselves, we don’t have footballer to play for Roma or Atletico 'We don’t play only for fans who come to the stadium'
538 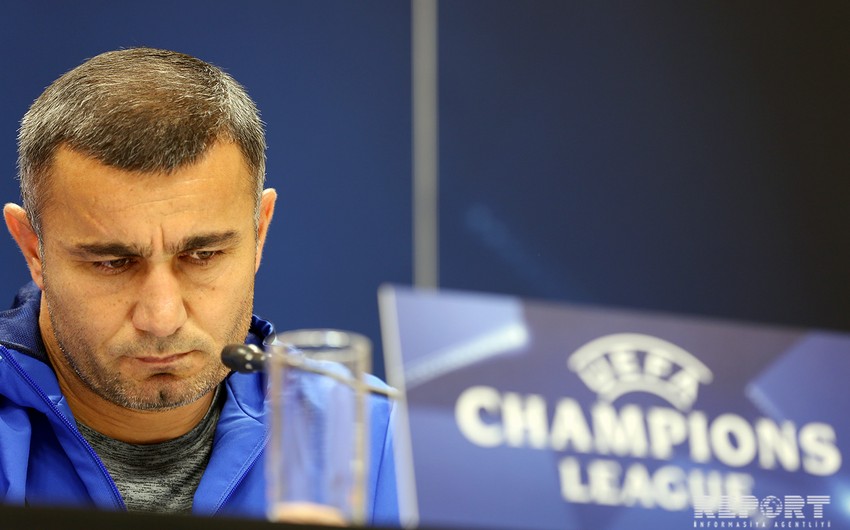 Baku. 17 October. REPORT.AZ/ “There is no need for too much talk about the rival. We all know them well. In the last four years they played twice in the final of Champions League and became the champion of Spain. They have been playing better in recent years. They have peculiar way of playing. They create difficulties for rivals. We have analyzed Atletico.”

Report informs the head coach of Qarabag Gurban Gurbanov said commenting on the upcoming match with Atletico in the third round of Champions League group stage. 45-year-old specialist answered questions of reporters at the press conference held at Baku Olympic Stadium:

- Did you manage to reveal weak spots of Atletico?

- The rival has very strong head coach. They have players with high skill techniques. They rarely make mistakes. Their playing discipline is extremely high. Their main gaming method is not allowing the rival to play its football. We will try to play our game. We will see to which extent we’ll be able to achieve that. They are very strong in defense. In this regard, they are number one. The important thing is that we should possess the ball. It will be difficult.

- Azerbaijan takes part in Champions League group stage for the first time. What is the final target of Qarabag?

- Our target is to show good game. In the first hand we must fight against this team. We play before our fans. We will try to earn point. Of course if we make a comparison the rival is stronger than us. But every match we come to the field with a belief of getting good results.

- Dino Ndlovu who scored two goals on the match with Inter left the field injured. How is his condition?

- I will be short. Yesterday he left the training unfinished. He felt pain. It’s not known whether he will play or not.

- To which extent it is different to adapt to Baku Olympic Stadium?

- We don’t think about that. I don’t want to return to that issue every time. It is comfortable for us to play at the stadium named after Tofig Bahramov. During the match with Roma 58000 fans attended Baku Olympic Stadium. We want it to be filled again. We feel this place as our native stadium.

- Frankly speaking I did not make a decision. We have a time till tomorrow. I will decide on the day of match.

- Do you feel tense about Atletico’s playing in a draw with Barcelona in the last round of La Liga?

- There are 7-8 teams in the world football whose matches are interesting for everyone and attracts our attention. It’s a pleasure for me to play against these squads. We fearlessly prepare against such rivals?

- What are the distinctive features between Atletico and Barcelona?

- Though the stadium was completely full during the match with Roma fans experienced problems. But now interest is low. What would you appeal to fans?

- Nothing is easy. If there were no difficulties, there would be no success. We have gone through a lot of things to come here. It is not easy to control 6000 all of a sudden. This was the first made achievement. We had a first game here. I always enjoyed facing challenges. We should not bear it in mind. As a club I am not dissatisfied with any fan. We should consider the situation of football. We don’t play only for fans who come to the stadium. Azerbaijanis around the world follow this game. If I come as a fan and face difficulties, I would enjoy it. I would invite everyone to the game.

- Does Qarabag have footballers that can play in the level Roma and Atletico?

- Let’s not delude ourselves, currently we don’t have such a footballer. These clubs look for players from more high-level championship. Azerbaijani championship is not in that level so that Roma or Atletico would look for players here. They follow the player for many years. If we regularly play against teams in the level of Atletico, the level of our players will increase. Our football mentality did not reach that level so that everyone would want to go abroad. There should be an access to abroad. They should demonstrate themselves. I don’t blame only players here. There are other issues as well. 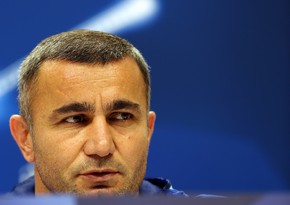 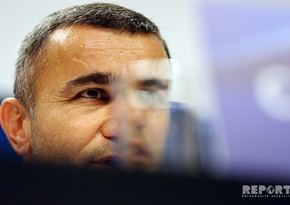 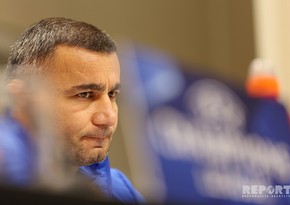 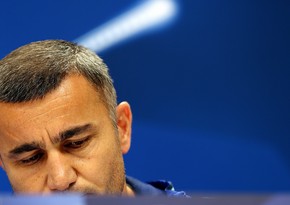 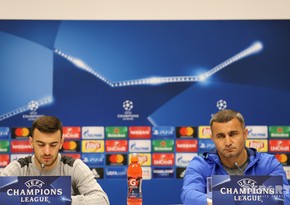