Antonio Conte signs three-year deal with Chelsea Deal is worth £4.75 million a year 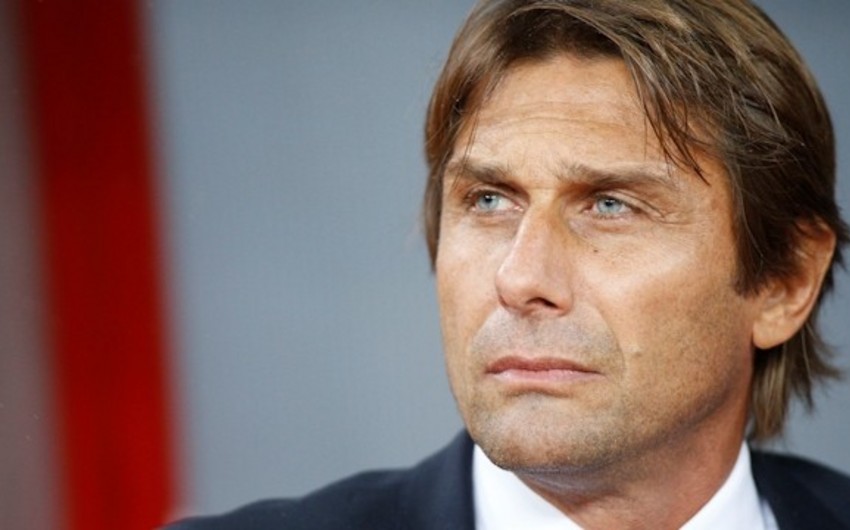 Baku. 4 April. REPORT.AZ/ Chelsea have confirmed that Antonio Conte will take over as manager after Italy's Euro 2016 campaign, signing a three-year contract.

Report informs referring to the official website of the club, Conte, whose deal is worth £4.75million a year after tax, said: 'I am very excited about the prospect of working at Chelsea football club. I am proud to be the coach of the national team of my country and only a role as attractive as manager of Chelsea could follow that.

'I am looking forward to meeting everyone at the club and the day-to-day challenge of competing in the Premier League.

'Chelsea and English football are watched wherever you go, the fans are passionate and my ambition is to have more success to follow the victories I enjoyed in Italy.

'I am happy we have made the announcement now so everything is clear and we can end the speculation. I will continue to focus on my job with the Italian national team and will reserve speaking about Chelsea again until after the Euros.’

Chelsea director Marina Granovskaia heralded the appointment, claiming it allows the club to look ahead to next season under Conte's guidance.

'We are very pleased to have recruited one of the most highly regarded managers in world football and we are equally pleased to do so before the end of the current season,' Granovskaia said. 'This aids our future planning.'

The 46-year-old Conte has been Italy manager since 2014, following Cesare Prandelli's resignation after Italy crashed out the World Cup in Brazil alongside England in Group D.