Germany squad to play against Azerbaijan will be named mid March 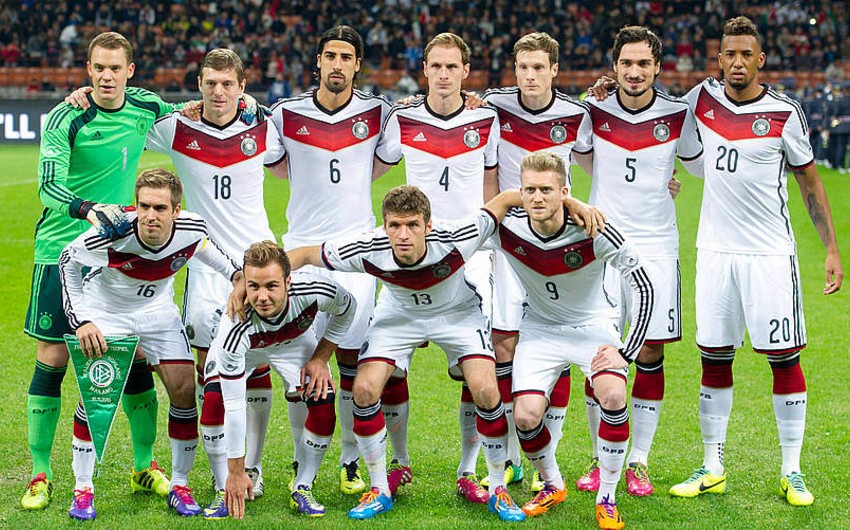 Report informs, on March 17 head coach Joachim Löw will annouce players that will be invited to the national team.

For the first time in 2017, due to injury "Borussia" forwards - Marco Reusand Mario Gotze and "Manchester City" midfielder Ilkay Gundogan will not take part in team.

Situation with "Bavaria" defender Jerome Boateng is under the question.

Instead of him, Leipzig striker Timo Werner and Hertha Berlin defender Niklas Stark may be invited to the German team camp.

Notably, on March 22, Germany will hold a friendly match against England. The team led by Joachim Löw will be the guest of the Azerbaijani national team in the qualifying round of the World cempionship on March 26, 2018.

The game will be held at Republican stadium named after Tofig Bahramov at 20: 00 Baku time.