G20: Drop in oil prices will stimulate world economy Falling of prices will increase the purchasing power of importing countries, according to a final release 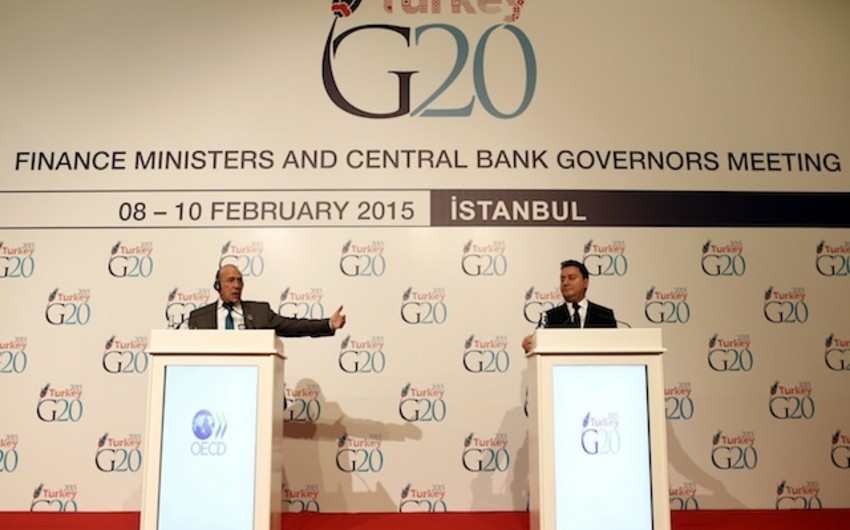 Baku. 10 February. REPORT.AZ/ Fall in oil prices will stimulate the growth of the world economy and increase the purchasing power of countries importing energy. Report informs citing the Tass it was said in the draft communique after a meeting of finance ministers and central bank governors of Twenty in Istanbul.

We note that the sharp fall in oil prices, backed by supply and demand factors, will give some impetus to the growth of the world economy, but with different consequences for individual countries - the document says. In particular, falling prices will increase the purchasing power of importing countries and create pressures to reduce inflation, although it would be temporary.

However, in the face of declining oil prices, a number of countries there is an opportunity to review the tax policy and the abolition of fuel subsidies in some countries,noted in the project.

We note that the drop in oil prices will provide some countries with a chance to reconsider their tax policy.We welcome the actions of those countries that have used the fall in oil prices to reduce inefficient fuel subsidies in favor of investment, the document says.

World economic growth remains uneven and recovery is slow, especially in the euro area and Japan, as stated in the final communique.

However, countries of Twenty dissatisfied with the pace of implementation of the reform of the International Monetary Fund (IMF) and urge the United States to ratify the agreement on the reform.