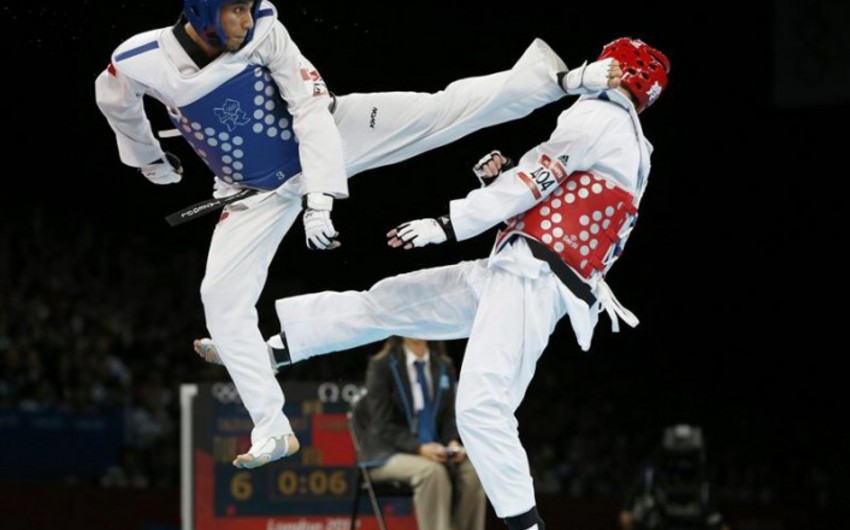 In finals he will meet with a winner of Roberto Botta (Italy) - Albert Gaun (Russia) meeting.

In finals she will meet with a winner of Anastacia Baryshnikova (Russia) - Habi Niare (France) meeting.

The meeting ended with the victory of the local athlete - 6: 2. F.Azizova at the first stage beat the rival 2: 1 and gained an advantage. In the second half, she took a one more point and stressed the difference to 2. At the beginning of the third part, occurred a controversial moment due to the judge's decision. For this reason, the meeting stopped for a few minutes. Then Azerbaijani fighter increased the difference and passed to semifinals.

At the next stage F.Azizova will meet with her rival Elin Yohannson from Sweden.

Baigi Harchegani defeated his Serbian opponent Damir Feyzici with 12:0 in 80 kg weight category. He will wrestle with the English rival Lotalo Muhammad in 1/4 finals.

Competitions on taekwondo in two more weight classes woll be launched today the Baku-2015 I European Games. Report informs, women will compete in the weight category 67 kg, men in 80 kg.

Azerbaijan to be represented by Milad Baigi Harchegani. His rival in the first stage is a Serbian athlete, Damir Feyzich.

Among women will compete Farida Azizova from Azerbaijan. At the first meeting she will face with an athlete from Netherlands, Joyce van Baar.

Winners in both weight classes will be held in 1/4 finals.