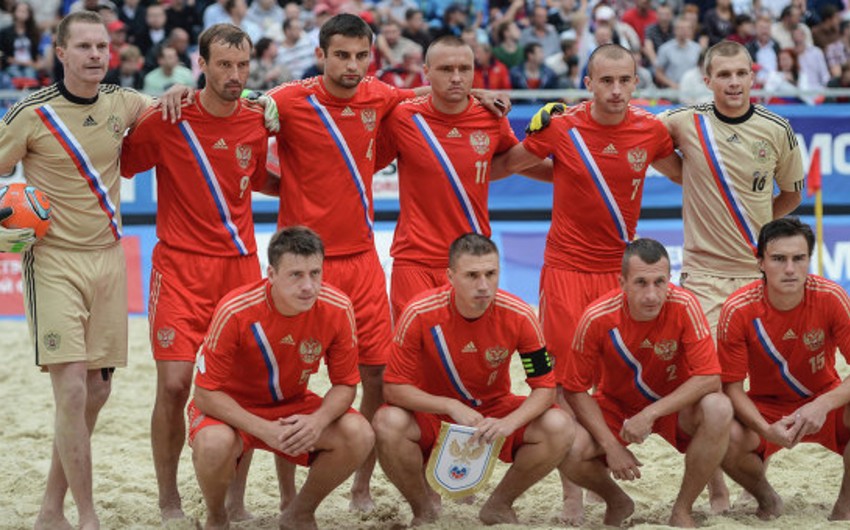 Report informs citing Russian media, Russia is the reigning FIFA Beach Soccer World Cup champion, having won back-to-back titles in 2011 and 2013. Appearing in its first ever final in 2011, the national side surprised reigning champion Brazil to lift the trophy, with captain Ilya Leonov and Andrey Bukhlitsky picking up awards for best player and best goalkeeper, respectively.

Mr Simon Clegg, Chief Operating Officer of Baku 2015, said: “The Russian beach soccer team has displayed incredible dedication and teamwork to reach the top of their sport, and these are attributes that make them ideal ambassadors for the first ever European Games.”

“We look forward to seeing Andrey, Ilya and Anton compete for the inaugural European Games title in June.”

Baku 2015 Athlete Ambassadors will represent their sports and feature in marketing campaigns around the continent and on social media to promote the European Games.

The Baku 2015 beach soccer competition starts on 24 June at the Beach Arena, and 98 athletes are expected to compete for the gold medal.