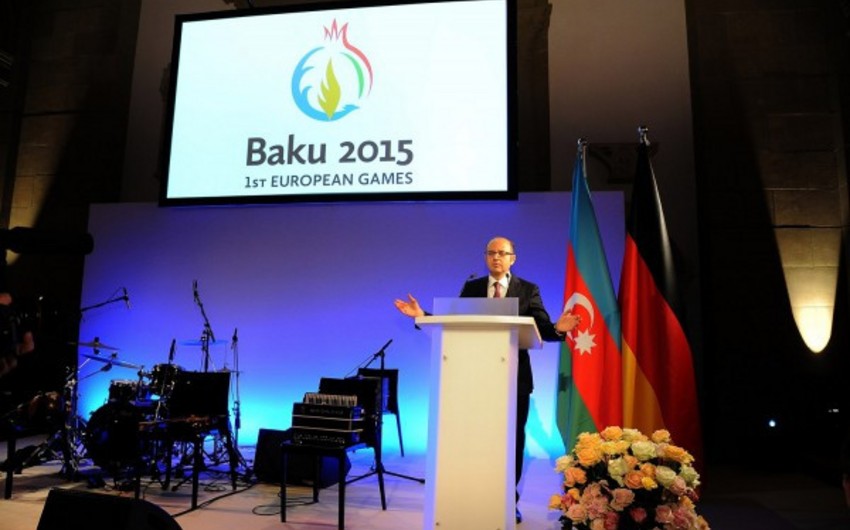 Baku. 14 October. REPORT.AZ/ The event dedicated to the First European Olympic Games was held in Bode Museum, one of the cultural centers of Berlin by the organization of Heydar Aliyev Foundation and the support of Azerbaijani Embassy in Germany. Report informs, the event participants were informed about preparatory works for the First European Games’ Organizing Committee led by the head of Heydar Aliyev Foundation Mehriban Aliyeva.

The Azerbaijani Minister of Youth and Sports Azad Rahimov, Ambassador of Azerbaijan to Germany Parviz Shahbazov, the head of Friendship Group of the German Bundestag for the South Caucasus Karin Strents and the president of German Olympic Committee Alfons Horman addressed in the event.

P.Shahbazov spoke about the activity of the Heydar Aliyev Foundation in Germany and its contribution to bilateral relations in the cultural field. He also noted the current state and further development of the relations between the two countries.

Azad Rahimov stated the rapid development of Azerbaijan, its hosting a number of high-level international competitions, the achievements of the athletes in the international arena in his speech.

The minister provided the participants of the events with detailed information about the First European Olympic Games to be held in Baku.

It was spoken about the historical relationship between Germany and Azerbaijan, the Heydar Aliyev Foundation’s work done on preserving the cultural heritage across the country and abroad, promoting cultural relations, improving the education opportunities for the youth in the event.

The demonstration of a film on the preparation for European Games was featured.

The head of Heydar Aliyev Center Anar Alekperov, German state secretaries, members of the Bundestag, well-known political figures, representatives of the diplomatic corps accredited in Germany and the representatives of German press and the activists of the Azerbaijani Diaspora attended the event. 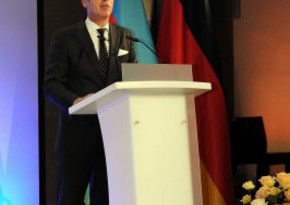 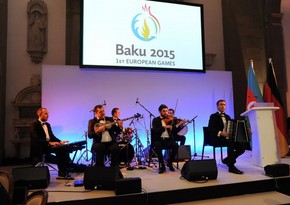 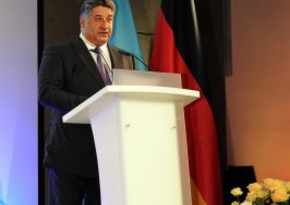 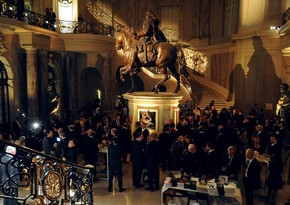 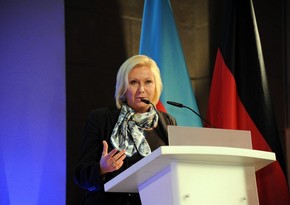 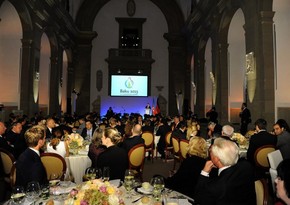 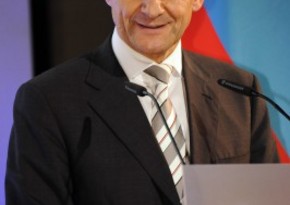 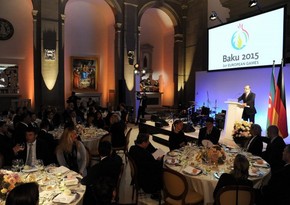 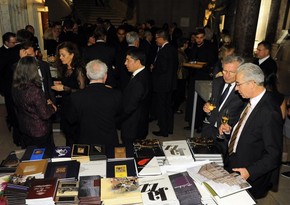