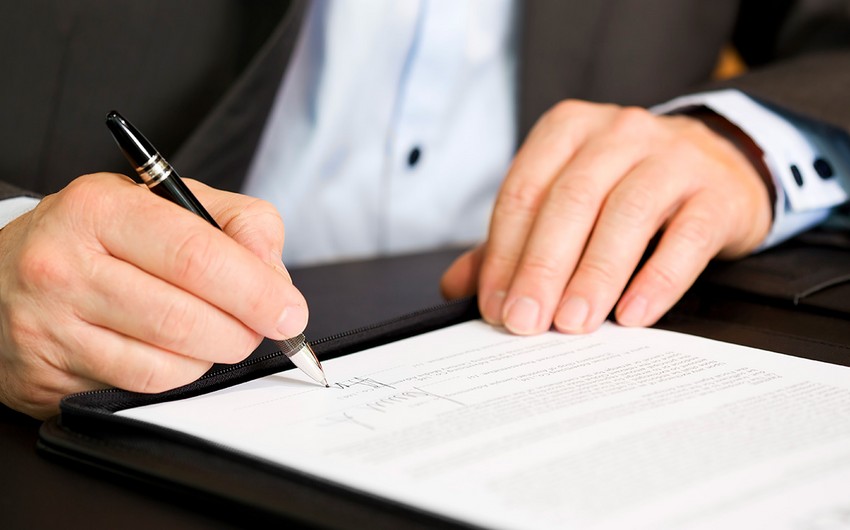 Baku. 21 June. REPORT.AZ/ Memorandum of Understanding was signed in Kazakhstan between the country's Energy Ministry, Committee for Geology and Subsoil Use of the Ministry of Investment and Development on the one hand and a group of companies interested in participation in the Eurasia project.

Report informs citing Kazinform, the State Oil Company of Azerbaijan Republic (SOCAR) is also among the companies signing the memorandum.

Kazakh Minister of Energy Kanat Bozumbayev said that a historical document has been signed today: "It marks the beginning of a large Eurasia project on which Kazakhstan has been working for the past 4-5 years. The point is that global companies with their latest developments in geophysical research are joining a consortium that together with our Kazmunaigaz will study the depths of the Caspian depression. These are АGІР, Rosneft, CNPC, SOCAR - Azerbaijani well-known company engaged in production over 100 years, “NEOS Geosolutions” and “KazMunayGas Eurasia”. The area of the depression lies from Karachaganak, Tengiz to Kyzylorda region and part of it goes to Russia. We have appropriate agreements with the state bodies of the Russian Federation and shall be engaged in geological study. The work will consist of three stages, the first being the interpretation of available data in accordance with modern methods, the second stage is geophysical research. If, after geophysical research, there will be data on a fairly high resources, then the third stage will be drilling an ultra-deep well".

According to him, the question is about superdeep horizons below 12 km.