SOCAR Carbamide Plant already operating at full capacity For more than two years, the carbamide plant of the State Oil Company of Azerbaijan (SOCAR) has contributed to the development of the non-oil sector in the country. 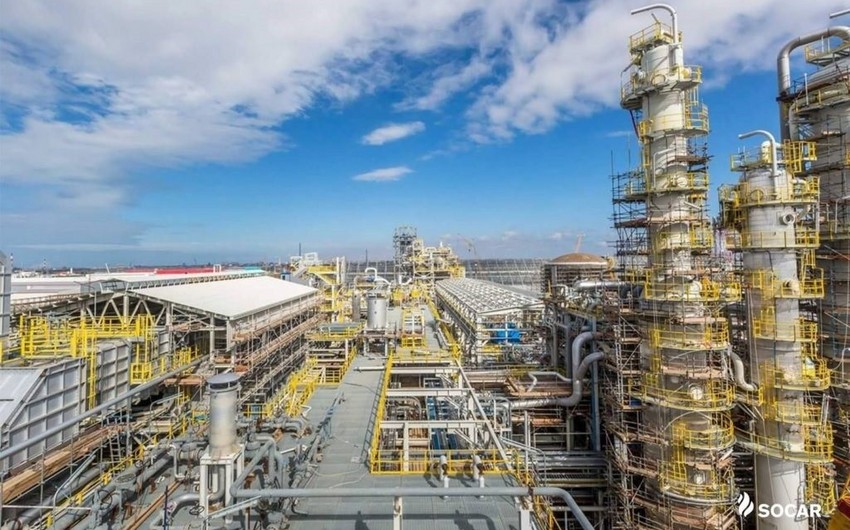 The goal is to eliminate dependence on imports of nitrogen fertilizers, meet the demand of local farmers for nitrogen fertilizers at affordable prices and, as a result, create favorable conditions for the development of agriculture in the country, create new jobs, prevent the outflow of foreign currency spent on imports of urea, increase foreign exchange earnings through the urea exports.

The plant, which opened in January 2019 with the participation of President Ilham Aliyev, began selling urea products in May. However, due to some equipment defects during commissioning carried out by Samsung's general contractor within the warranty period, the plant could not operate at full capacity.

Due to the coronavirus (COVID-19) pandemic and the martial law imposed in the country, the visit of foreign manufacturing companies' representatives to the plant to repair the equipment was postponed. So, the work was carried out in January-April this year, and from the end of April, the plant's operations were resumed. The elimination of the defects did not create additional costs for the factory as they were included in the warranty.

After the general contractor eliminated the reasons preventing the plant from operating at full capacity, in just 2.5 months, the plant produced about 120,500 tons of fertilizers. Currently, the enterprise sells urea both in the domestic and foreign markets. Due to the complete satisfaction of the demand for urea in the country, the dependence on imports has been eliminated. In the domestic market, urea is sold to local farmers at discounted prices (420 manats or $247.2 per metric ton). The company sells the fertilizer for $415-$420 in overseas markets.