Secretary General HASEN: Petlim port will carry cargo we would like to implement historically - INTERVIEW

Secretary General HASEN: Petlim port will carry cargo we would like to implement historically - INTERVIEW "Turkish flow is not an alternative to the gas projects in Azerbaijan"
1815 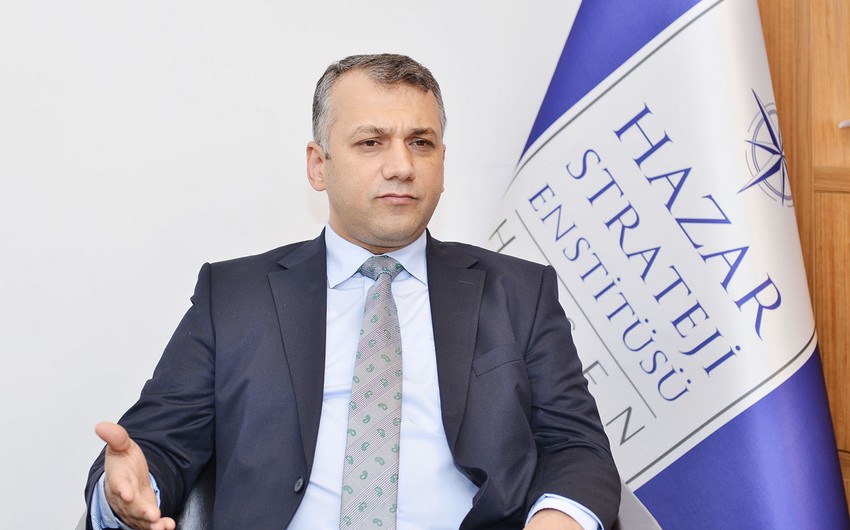 - What impact will have the implementation of the railway project Baku-Tbilisi-Kars on the activities of countries in the region in the field of logistics, in particular in Azerbaijan and Turkey?

- As you know, Turkey is a bridge between the countries of the Caspian region and the Middle East and located in the west of Europe.On the other hand, Baku is a natural link between the eastern part of the and the Caucasus, South Caucasus and Turkey.Baku-Tbilisi-Kars railway is the most cheapest logistics route to link the two regions, and in the short term will transport passengers and cargo.Completion of the project of the Baku-Tbilisi-Kars will create a continuous route linking East and West, that is, the Caspian Sea to Turkey and Europe.The peculiarity of it is that it is the shortest and cheapest route from the Caspian region to Europe, compared with routes through Russia or Iran.For this reason, the completion of this project in the near future is important for both Azerbaijan and Turkey, and Europe, and the eastern regions of Europe.

- As we know, the biggest sea port in the region built in Azerbaijan.How do you think, what impact will this port have on the authority of Azerbaijan in the Caspian region?

- 'Kaspar' from the Soviet Union carries out the main maritime transport in the Caspian region, the Caspian and Black Seas.On the other hand, Baku port since the days of the Silk Road linked the transportation of the Caspian Sea to the mainland.For this reason, the expansion of the port of Baku due to Alat is of great importance both for Baku and for the eastern and western regions of the Caspian Sea.I believe that this is not only a port, because the goods produced by the Alat port will be delivered to Baku from the east and the west, where they will be sorted.Delivered with a heavy tonnage trucks loads can be loaded again packed, there are loaded onto ships or ferries, or to continue their way into the same containers.An example is the sea port of Singapore has turned into a major shopping mall.I believe that Alat port can not only become a significant port in the Caspian region, but also to turn Baku into a shopping center.That is Alat port - an important step in terms of investment income from the sale of oil and gas resources in the non-oil sectors, expanding the scope of the processing, and the creation of soil for sales.

- Turkish Energy Minister Taner Yildiz expressed opinion about the possibility of Iran's accession to the TANAP.In your opinion, how realistic is the join to the project and profit-making by official Tehran?How will this affect the project?

Firstly, the Southern gas corridor provides delivery of hydrocarbon resources of the Caspian region to Europe.The project consists of three stages.The first - the South Caucasus gas pipeline, the second - through Turkey pipeline TANAP, the third - TAP, padded on the western border of Turkey through Greece, Albania and Italy to the Balkans and Europe.The pipeline throughput to can supply from Iran, Turkmenistan and east of the Mediterranean.However, resources can be transported from Azerbaijan through the pipeline.Although today, natural resources of Iran are not enough for export, country can buy gas in Turkmenistan, or to invest in additional gas fields.We can say anything on this matter only after the signing of the project.

There are opinions that "Turkish Stream" will compete with TANAP. Are they true?

-All contracts on the supply of gas from the field "Shah Deniz" to Europe and Turkey signed, investments made, and project started.Russian gas deliveries to Turkey cannot be an alternative to the supply of Azerbaijani gas.To date, the volume of Russian gas supplies virtually equal to the volume imported by us in Western Turkey through the pipeline gas.If I am not mistaken, a difference is about 1 billion cubic meters.We have no specific information on the 2nd, 3rd, 4th phase "of the Turkish stream."As far as we know, we get the gas in the same volume as that of the western route.For this reason, "Turkish Stream" will not be an alternative to gas projects in Azerbaijan.

Turkey carries out the construction of the port Petlim. What are the major changes may occur in the region in connection with the commissioning of the port?

As noted earlier, since ancient times the caravans of the Silk Road, marching from the east of the Turkish Anadolu, from India, China, transporting cargo from one territory to another, reached the Aegean Sea, where these products are immersed in ships and sent to Western countries.From this perspective, container port Petkim will carry cargo, which we would like to implement historically.Thus, for the supply of goods to Western countries, coming through the Baltic pipeline, along the railway line Baku-Tbilisi-Kars, via a pipeline laid across the south of the Caspian Sea, India, Iran, there is a need in two main routes, one of which Mersin, the other - Izmir. That's two major ports, capable of providing access to the west, to Africa, that is, to the north-west and west. From this perspective, the construction of Petlim - a necessary step, which will play a major role in the revival of the historical Silk Road and will provide a large amount of cargo transportation. 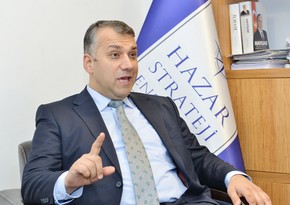 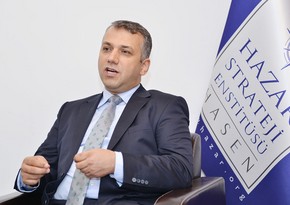 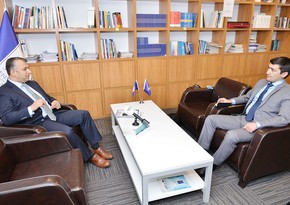 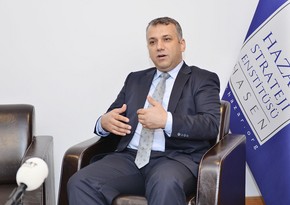