Philipp Stalder: TAP which is a Swiss based consortium is a striking example of fruitful cooperation in the energy sector

Philipp Stalder: TAP which is a Swiss based consortium is a striking example of fruitful cooperation in the energy sector The Ambassador expressed interest in future cooperation between the Caspian European Club and the Embassy and the Swiss companies
141 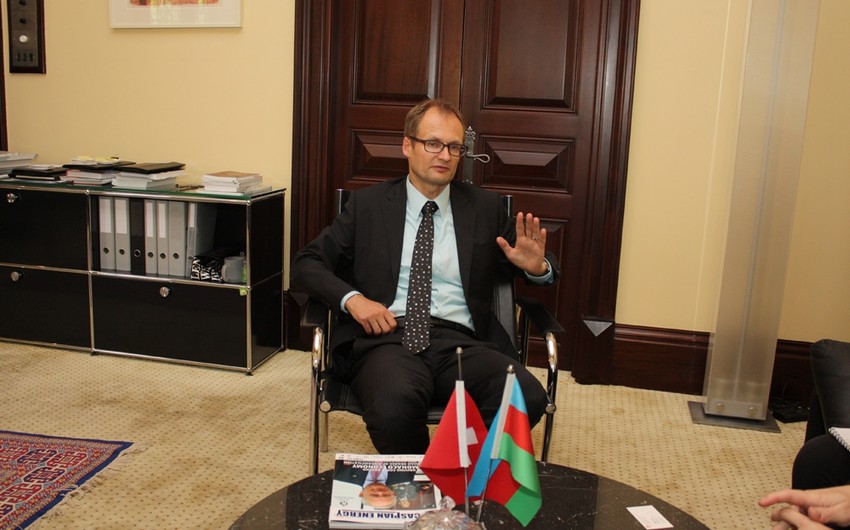 Baku. 12 May. REPORT.AZ/ Ambassador Extraordinary and Plenipotentiary of Switzerland to the Republic of Azerbaijan and Turkmenistan Philipp Stalder has received a delegation headed by President and Editor-in-Chief of Caspian Energy International Media Group Natalya Aliyeva, Report was told in the Caspian European Club (Caspian Business Club).

Various topics of cooperation within the framework of the Caspian European Club (Caspian Business Club) and Caspian Energy International Media Group, possibilities of expansion of contacts on the informational level were discussed in the course of the meeting.

The Ambassador expressed interest in future cooperation between the Caspian European Club (Caspian Business Club) and the Embassy and the Swiss companies.

“Switzerland very much welcomed and actively supported the selection of TAP (Trans Adriatic Pipeline) as the pipeline infrastructure of the Southern Gas Corridor”, the Ambassador stated while touching the issues of energy cooperation. Thus, “TAP which is a Swiss based consortium is a striking example of this fruitful cooperation in the energy sector”, Philipp Stalder says.

The Ambassador noted that SOCAR is an active foreign investor and employer in Switzerland with its 160 pumping stations and its trade entity in Geneva.

Philipp Stalder noted that his goal as the 4th Swiss Ambassador to the Republic of Azerbaijan is to broaden relations between the two countries in as many fields as possible - be it on the political, economic, cultural or scientific level - and to make Switzerland's presence in Azerbaijan even stronger. “Switzerland and Azerbaijan over the last couple of years have established a close partnership. There is a productive political framework for boosting bilateral relations”, he emphasized.

According to him, a considerable number of major Swiss companies in various sectors which go far beyond the oil and gas business have established a physical presence in Azerbaijan. “One of the Swiss companies producing cement in its factory south of Baku is even the biggest non-oil and gas FDI in the country. Another Swiss company, manufacturing speciality chemicals for construction and industry, has announced this spring its willingness to operate a new factory at Sumgait Chemical Industrial Park. So, there is an interest from Swiss investors in the real sector of the economy in this country”, he noted.

“Compared to recent years when our bilateral trade exchange reached almost 1 billion CHF (1 billion US$), I see a lot of untapped potential and considerable interest on both sides to increase the current levels of trade again”, Philipp Stalder emphasized. 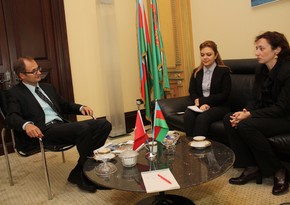