Minister: Cooperation with Saudi Arabia important to maintain stability in global energy market The world’s future lies within the “energy mix” concept, but oil will remain a primary energy source for decades to come 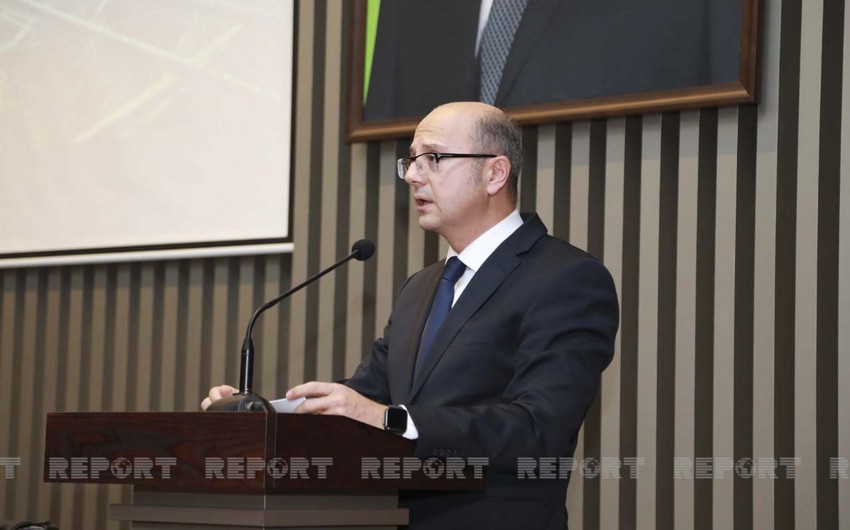 The world’s future lies within the “energy mix” concept, but oil will remain a primary energy source for decades to come, Parviz Shahbazov, Azerbaijan’s energy minister, said in an interview with Asharq Al-Awsat, Report informs.

According to Shahbazov, efforts spent by the Organization of the Petroleum Exporting Countries (OPEC) and its allies have helped reinforce and regulate global energy markets.

Shahbazov reaffirmed that Azerbaijan intends on strengthening strategic cooperation with the Kingdom of Saudi Arabia so that it spans several economic fields and boosts economic collaboration between the two countries, especially in the energy field.

Shahbazov noted that Saudi Arabia and Azerbaijan would be partaking in a number of cooperation projects involving renewable energy.

“We have signed an agreement with Saudi Arabia’s ACWA Power to lay the foundations for the construction of a 240-megawatt wind park,” Shahbazov told Asharq Al-Awsat, adding that the power station’s tremendous capacity is essential not only for renewable energy sources in Azerbaijan but all countries in the region.

Baku, Azerbaijan’s capital, is also eyeing cooperation with Riyadh in the field of gas.

“We have a desire to cooperate in the gas sector and gas power generation, which will certainly be one of the channels for expansion of cooperation between the two countries soon,” said Shahbazov.

The minister explained that Saudi-Azerbaijani cooperation in the oil and gas sector is vital for the stability of global oil and gas markets.