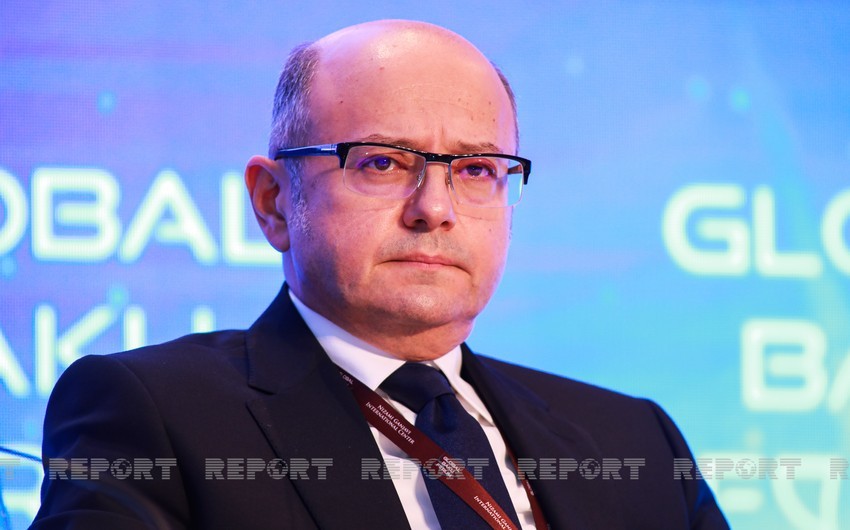 In his words, Azerbaijan takes into account the interests of several parties in its own energy policy.

“According to the forecasts of OPEC, oil and gas will account for more than 50% of the total energy mix by 2045. In this regard, the current energy transition seems to be possible not by pushing away the traditional energy sources, but along with them. In this context, difficulties in meeting the demand for energy in Europe and Asia and the changing landscape of oil and coal caused by sharply increasing gas prices can be seen as a serious sign.

"Taking into account global trends in its energy policy, Azerbaijan has always pursued a consistent goal in both oil and gas projects: to serve energy security, stability, cooperation, and development domestically, regionally, and globally. The huge Southern Gas Corridor, a clear manifestation of this goal, was commissioned on December 31 last year. Marking a historic achievement for Azerbaijan, our neighbors, and Europe, this is an important element of Europe's energy security and the diversification of not only routes but also sources."

Parviz Shahbazov said that a new source of natural gas based on Azerbaijan's large gas reserves is already on the European market.

“Throughout the first ten months of this year, Azerbaijan exported more than 14 billion cubic meters of natural gas via this route, and about half of this volume was used by EU consumers. Projects initiated by Azerbaijan shape the energy map of the region and Europe. Our main goal is to ensure energy security and contribute to global development by achieving strong cooperation between producer, transit and consumer countries in this process.”