Jennifer Granholm appointed as US Secretary of Energy 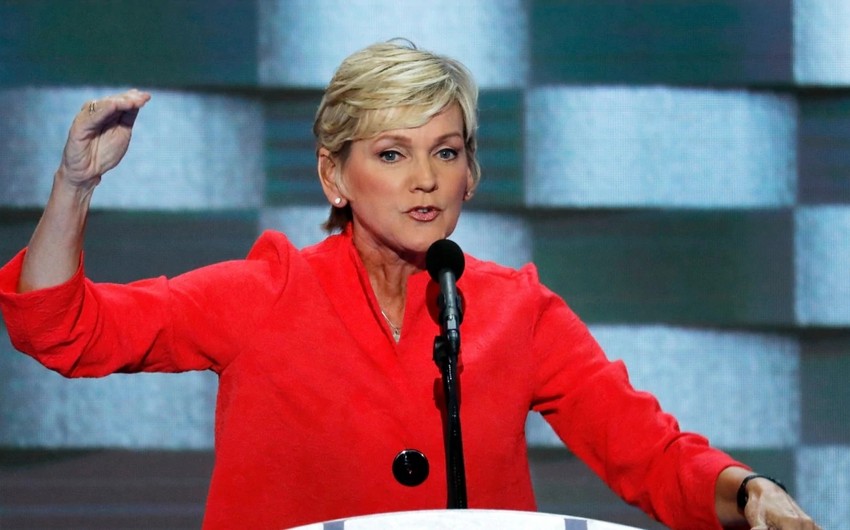 The US Senate has confirmed Jennifer Granholm's candidacy for the head of the country's Energy Department.

informs with reference to angi that the candidacy was approved with 64 votes in favor, while 35 senators voted against it.

Granholm, who served as Governor of Michigan for two terms, has extensive experience in the auto industry. It is considered a great advantage, as US President Joe Biden seeks to accelerate the adoption of electric vehicles. Besides, Granholm is positioning herself as a person capable of helping the American industry move to green energy, a process that Biden made one of his four main goals.

During the election campaign, Biden promised, if elected, to embark on increasingly active use of clean energy sources in the United States to dramatically reduce the harmful emissions into the atmosphere and thus contribute to the fight against climate change. According to Biden's plan, the country needs substantial investment in clean energy.

He also intends to take harsh measures, including in the judicial sphere, to fight against companies that pollute the environment.

Jennifer Granholm was born in 1959 in Vancouver, Canada. Her family moved to the United States in 1963. She received US citizenship in 1980.

Since 2008, Granholm has been actively supporting programs to expand green energy use and improve clean energy generating capacities. Thanks to her strong commitment to renewable energy, by 2015, more than 40 large companies had made green investments in Michigan's energy sector.

Granholm was a member of the Board of directors of the world's largest manufacturer of chemicals, plastics, catalysts, fabrics, etc. Dow Chemical Company and the shipbuilding company Marinette Marine Corporation (supplier of ships and missiles for the US Navy). In 2016, she became a board member of the ChargePoint company, which is deploying a network of electric vehicle filling stations.

Under Barack Obama administration, she was a member of the anti-crisis group that prevented the bankruptcy of American automobile giants General Motors and Chrysler.