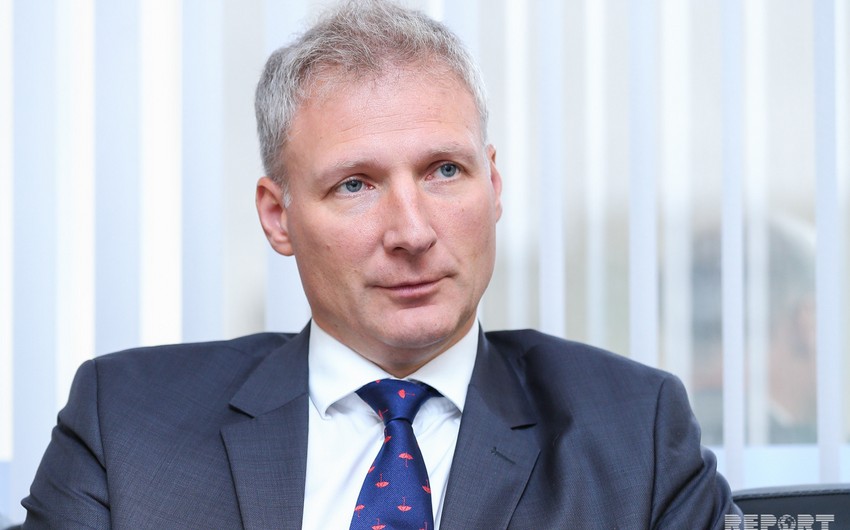 Azerbaijan is a stable, reliable oil supplier in the world market, Head of the EU delegation in Azerbaijan Kestutis Jankauskas told journalists while congratulating oilmen on their professional holiday on the 25th anniversary of the Contract of the Century, Report informs.

‘I was in Azerbaijan when the Contract of the Century was extended two years ago. I think this is bold  and smart move of Azerbaijan to use its natural resources fir the benefit of the country. The Southern Gas Corridor is expected to be completed next year. I think it gives a number of benefits and financial stability to Azerbaijan and creates alternative sources and suppliers for Europe’, Kestutis Jankauskas said.

According to him, the more diversified deliveries, the more protected Europe in terms of energy security.

Every year on September 20, Azerbaijan marks the anniversary of Production Sharing Agreement (PSA) (Contract of the Century) on development of the Azeri-Chirag-Guneshli (ACG) block of fields and Day of Oilmen - professional holiday of workers of oil and gas sector.

The PSA was signed between the and a consortium of 11 foreign oil companies from six nations for the development of an area that covered three major oil fields in the Azerbaijan sector of the Caspian Sea – Azeri, Chirag and Deepwater portion of the Gunashli field (ACG).

Driven by the extraordinary success of ACG’s development, the Azerbaijan Government of Azerbaijan and the ACG partnership extended the ACG contract until mid-century by signing the amended and restated agreement on 14 September 2017.

The new contract enables the government and the investors to maximize the economic benefits from ACG for Azerbaijan and the companies over the next 30 years with the potential for more than $40bn capital to be invested in this world-class field.

Currently, the field produces about 550,000 barrels of oil per day. This oil is exported to the world markets via BTC and Baku-Supsa pipelines.

The ACG oil field lies offshore Azerbaijan in the Caspian Sea, approximately 100km east of Baku. The ACG megastructure comprises a series of reservoir horizons, including Balakhany VIII and X, and upper and lower Fasila, located between 2,000 and 3,500m beneath the Caspian Sea.