Gas extraction from Absheron field to start before 2020

Gas extraction from Absheron field to start before 2020 Vitaly Beylerbeyov: "Absheron" gas field will be next in line for export 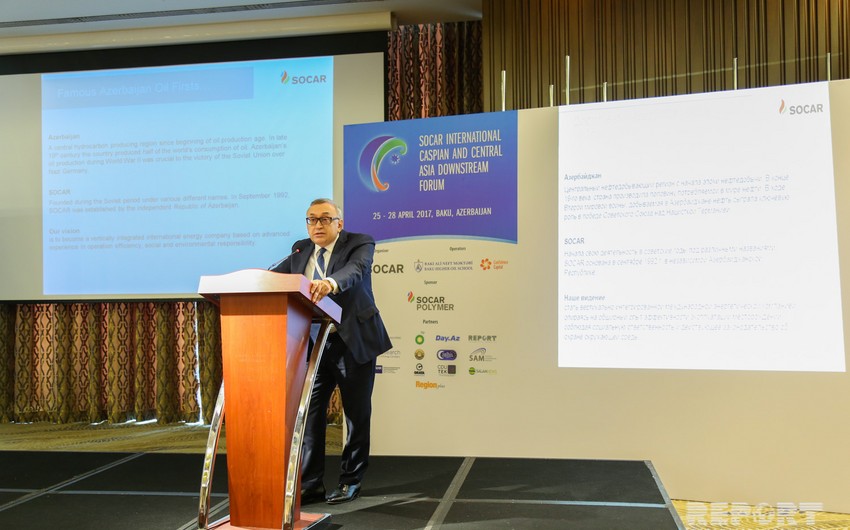 Report informs, SOCAR Deputy Vice-President on investment and marketing Vitaly Beylerbeyov said: “I think that we will receive the first gas from the Absheron field in late 2019 - early 2020."

He noted that these volumes of gas can be sent to the Petrochemical and gas processing complex, which is planned to be built. "Gas will be separated from the liquid fractions and  then it may be exported. I think that after "Shah Deniz", gas from "Absheron" field will be next in line for export”, SOCAR official added.

Notably, 'Absheron' gas-condensate field is located in the Caspian Sea, in the south-west of 'Azeri-Chirag-Guneshli' oil-gas fields bloc, in 500 meters depth of the sea. Area of the field is 260 square kilometers. According to SOCAR estimations, field's potential reserves consist of 350 billion cubic meters of gas and 45 million tons of condensate.