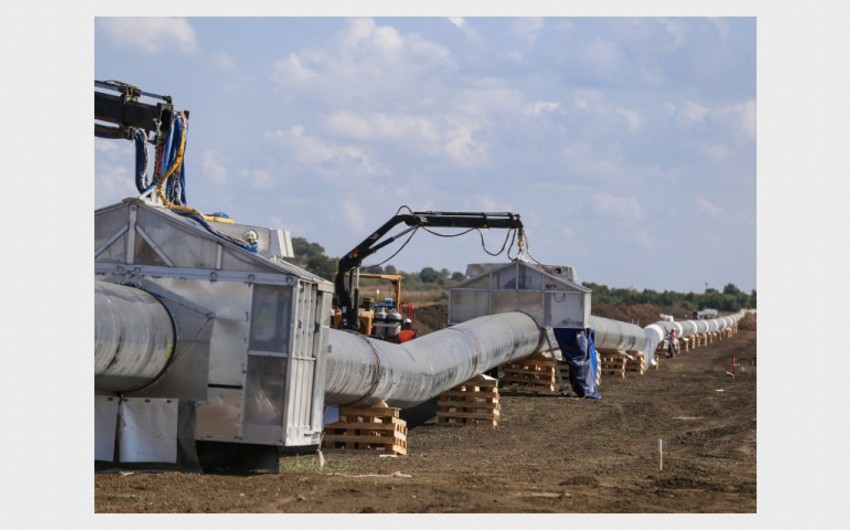 Baku. 3 May. REPORT.AZ/ First hydrotest has been completed in Greece section of the Trans-Adriatic Pipeline (TAP), which will transport Azerbaijani gas to Europe.

Report informs, the TAP consortium states: "Also known as hydrostatic testing, this is a method for verifying a pipeline’s safety. The pipeline is filled with water and pressurised more than its intended operating pressure, so as to test its integrity and ensure its safe performance during operation".

It was noted that the hydrotest was applied to the pipeline’s first 1.4 km of the Greek section. According to information, following this successful start, additional parts of the pipeline will be gradually tested until the end of the year.

TAP’s Country Manager for Greece, Rikard Scoufias hailed it as a big step that marks yet another important milestone in the construction process, as the project advances according to schedule.

He noted that as of end-April, more than 66% of the 32,000 line pipes to be used for the construction of the pipeline’s Greek section have already been received: "270 km of the project’s route cleared. 234 km of pipeline strung, 203 km of the mainline welded".

After reviewing various selection options during two years, on June 28, 2013, 'Shah Deniz' Consortium has officially declared selection of the TAP project. The pipeline is 878 kilometers long, which 550 km will cover Greece, 215 Albania, 105 Adriatic Sea and 8 km Southern Italy. Highest point of the pipeline will be in the mountains of Albania (1 800 meters), the lower part (-820 meters) beneath the sea.