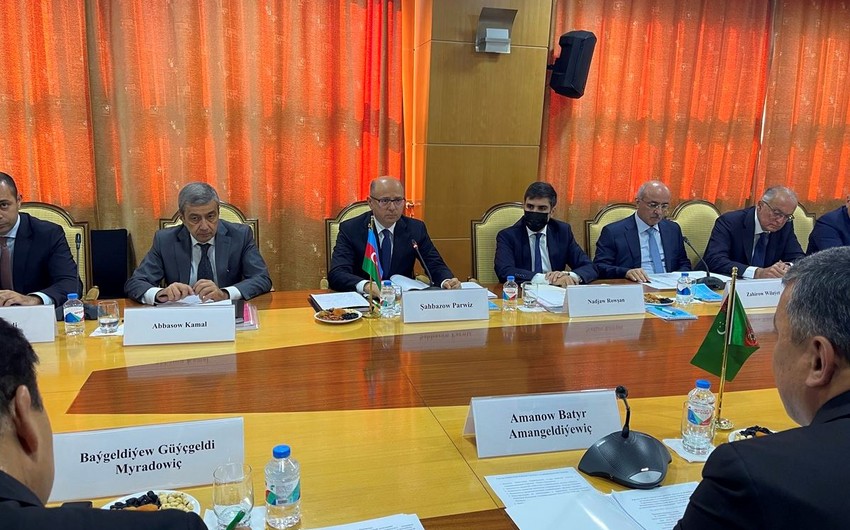 On July 28, a delegation led by the Azerbaijani Energy Minister Parviz Shahbazov paid a visit to Turkmenistan within the framework of the third meeting of the Joint Working Group established to prepare and verify a draft Intergovernmental Agreement regulating cooperation between the parties on joint exploration, development, exploitation of the hydrocarbon resources of the "Dostlug" field, informs, citing the Energy Ministry

The third meeting of the Joint Working Group on the "Dostlug" field was held in Ashgabat with the co-chairmanship of Minister of Energy of Azerbaijan Parviz Shahbazov and Turkmenistan's Minister of State, Chairman of the Turkmengaz State Concern Batyr Amanov. At the meeting, the work done on the draft agreement on Intergovernmental Cooperation was reviewed, and the next steps were determined.

The Memorandum of Understanding "On joint exploration and development of hydrocarbon resources of the Dostlug field in the Caspian Sea" between the Government of the Republic of Azerbaijan and the Government of Turkmenistan was signed on January 21, 2021. The Working Group was established by the Order of the President of the Republic of Azerbaijan dated February 25, 2021 in order to prepare and verify the draft Intergovernmental Agreement on cooperation on the "Dostlug" field. So far, three meetings of the Joint Working Group and four meetings of the Joint Experts' Group have been held.