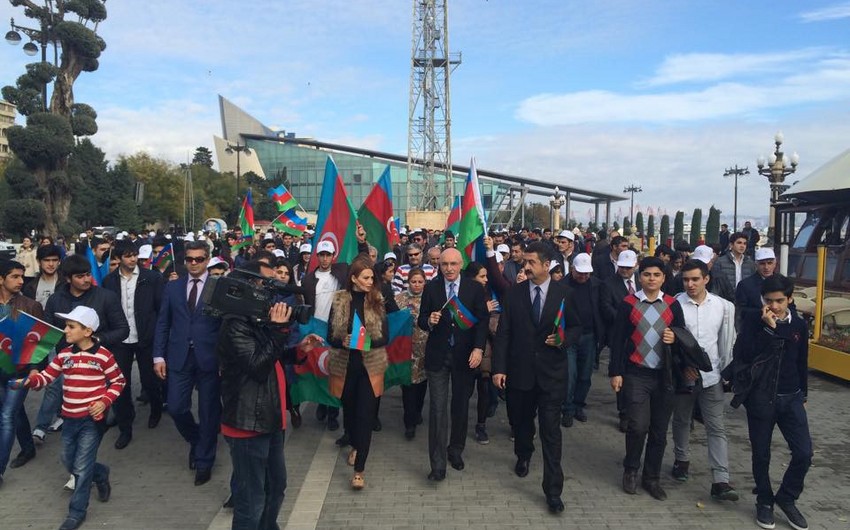 Baku. 8 November. REPORT.AZ/ On the occasion of Azerbaijan's State Flag Day, "Flag march" is being held in Baku.

Report informs, the march was organized by the Ministry of Education.

The representatives of the Ministry of Education and the Department of Seaside Boulevard, the distinguished pupils of secondary schools in Absheron district and Baku and Sumgayit cities, the students of "SABAH" groups of higher education institutions and the students who get "Future Teacher Grant" attend in the march.

The main purpose of the march is to popularize our national attributes and introduce historical state symbols of Azerbaijan in the State Flag Museum to participants. The route of "Flag march" is considered to start from the Parachute Tower in the National Park and to the State Flag Square.

State Flag Day is celebrated in Azerbaijan on November 9. 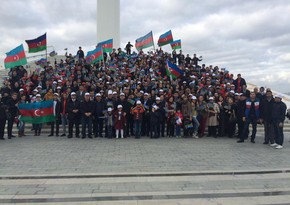 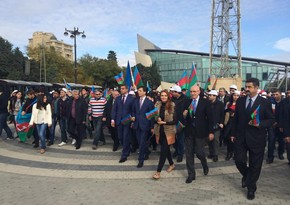 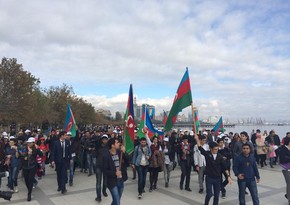 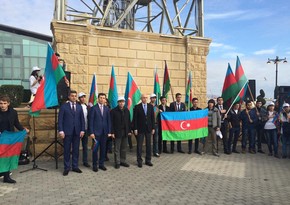