New director of UFAZ will be known in late September

New director of UFAZ will be known in late September At present, Charlotte Payen performs the work of coordinator in UFAZ
173 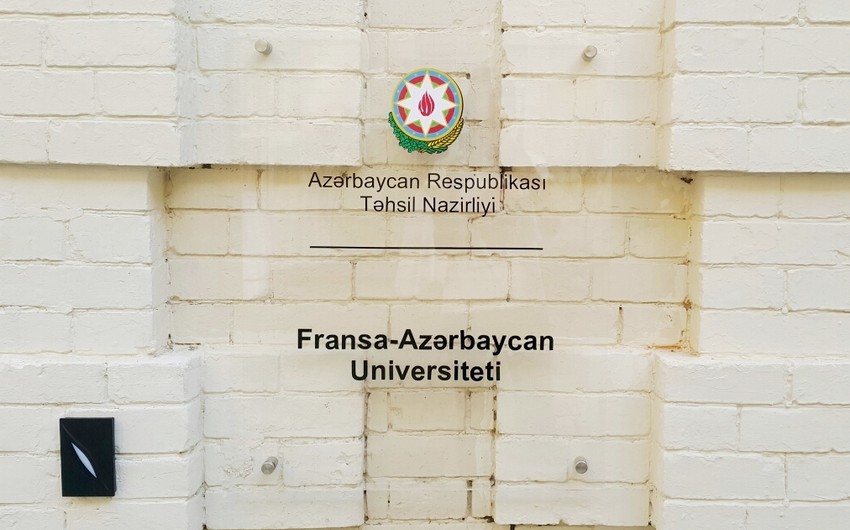 Baku. 15 September. REPORT.AZ/ Leadership of French-Azerbaijani University (UFAZ), opening ceremony of which held today in the presence of Minister of Education of the Azerbaijan Republic Mikail Jabbarov was entrusted to the Rector of the Azerbaijan State Oil and Industry University (ASOIU) Mustafa Babanlı.

In response to the request of Report News Agency,  ASOIU spokesperson Bahruz Nazarov said that new director of UFAZ will be known by the end of this month.

According to him, the board of directors consisting of 5 members will be formed soon: "Board of Directors will include representatives from ASOIU, University of Strasbourg, as well as representatives from the Ministry of Education. After their unanimous decision, new director will be appointed with an introduction of the ministry".

B. Nazarov noted that at present Charlotte Payen performs the work of coordinator in UFAZ.

Notably, from this academic year, UFAZ has undertaken the delocalization of the most demanded 4 double-degrees in the premises of the Azerbaijan State Oil and Industry University (ASOIU). These are chemical engineering, geophysics, oil engineering and computer engineering. Education on all the specialties will be 4 years, including one year of training and 3 years of main study period.

UFAZ graduates will get double degree diplomas (University of Strasbourg and ASOIU).