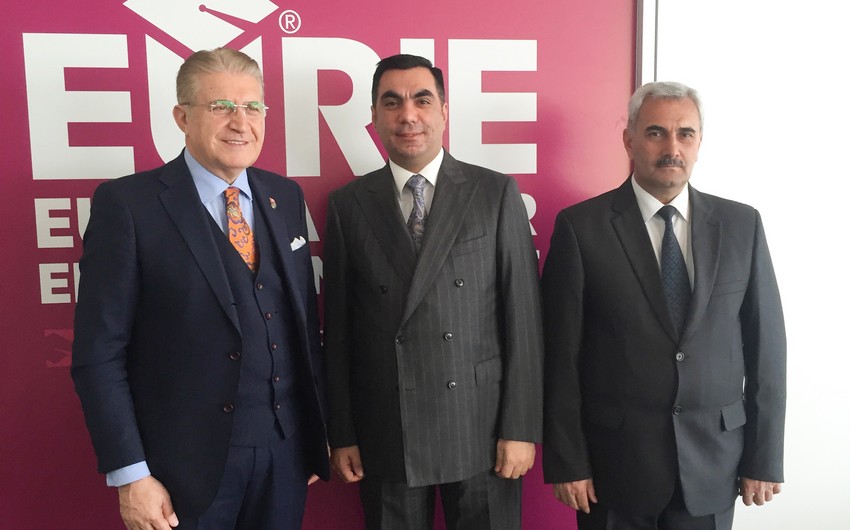 The summit was aimed at ensuring exchange of views and broad discussions among representatives of higher educational institutions of Europe, Asia, Middle East, Africa and the Asia-Pacific region on strengthening their cooperation including the scientific, technological, economic and cultural collaboration.

Within the visit to Turkey, Elmar Gasimov met with the president of the Eurasian Universities Union, Rector of Istanbul Aydin University, Dr. Mustafa Aydin. At the meeting, issues related to further development of BHOS partnership ties with the EURAS member universities including training, science and research activities were considered.

At the exhibition, which was held alongside the Eurasian Higher Education Summit 2018, BHOS rector met with Coordinator of International Engagements & Partnership Development of Middle East Technical University (METU) Ibrahim Yorgun and discussed with him prospects of implementation of BHOS and METU joint programs on training students in new specialties.

Elmar Gasimov also attended the conference “Tracking the New Path in Internationalization” arranged in the framework of the EURIE, and participated in the conference’s workshops, roundtables and panel discussions. At the conference, he also met with the Secretary General of the Association of Arab Universities, Dr. Sultan Abu Orabi Al Adwan and rectors of a number of other higher educational institutions.