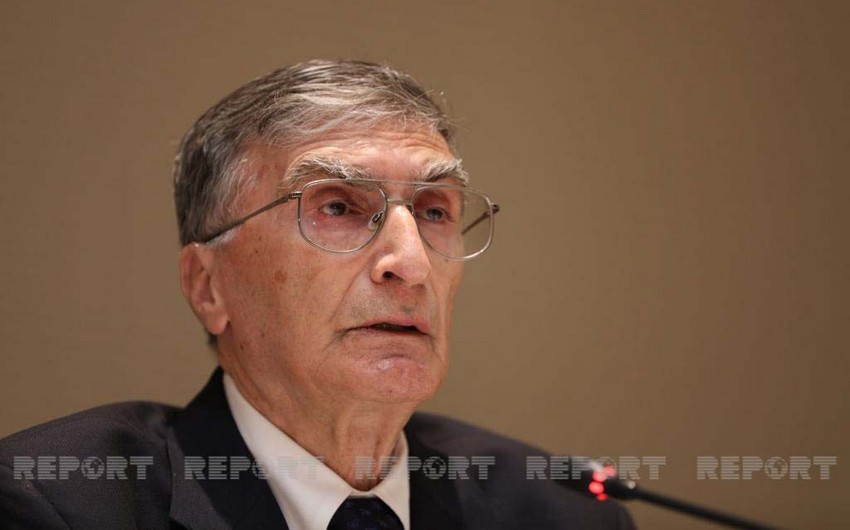 "We talked about the Karabakh war in our meeting with President Ilham Aliyev. We touched upon the hypocritical policy of the OSCE Minsk Group, which lasted for almost 30 years. They have not taken any steps for 30 years, and their goal was to keep Karabakh in the hands of Armenians," Nobel Laureate in Chemistry, world-famous scientist, Professor Aziz Sancar said at a press conference in Baku, Report informs.

He noted that the plan of the Minsk Group failed, and Azerbaijan liberated its lands from occupation:

"If we have no knowledge, we will not be able to resist the actions of external forces, so we will be forced to do what they want. Mr. President Ilham Aliyev also supported my views."

"In my meeting with Turkish President Recep Tayyip Erdogan, I expressed the same opinion. I emphasized that basic knowledge should be given priority. The development of technology can also be adequately ensured based on fundamental knowledge. This is not only beneficial to the Turkic world but also our duty to humanity.

"After the 44-day war, I feared an opposition from the the United States. However, they were busy solving issues in domestic policy at that time, so they could not resist. In fact, they could not oppose it because Azerbaijan raised its rightful voice and liberated its lands. There have been some incidents in Europe, but I have not followed them," Sancar stressed.