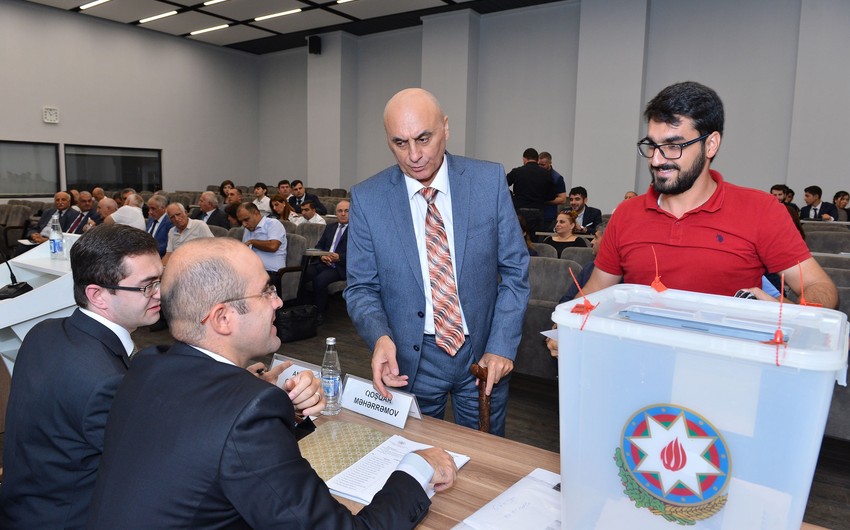 The of Azerbaijan has expressed its attitude to the discontent over the elections to the Public Council under the Ministry.

Sources in the Ministry told in response to Report's inquiry that they participated in the elections to the Council only as an organizer.

It was noted that everyone who wants to become a member of the Public Council, in case their documents comply with the requirements of the legislation, can join the process by registering: “All candidates with the relevant documents are officially registered. The Ministry of Education does not determine the composition of the Public Council. The council members were elected by the representatives of the civil public institutions. A video was taken of the entire election process, which was broadcast live on the Education channel "("Təhsil"). Voting took place in conditions of full transparency, the results were announced immediately."

It was also noted that there were no complaints to the ministry in connection with the organization of the election process and its results.

Members of the Public Council at the Ministry of Education were elected on September 4.