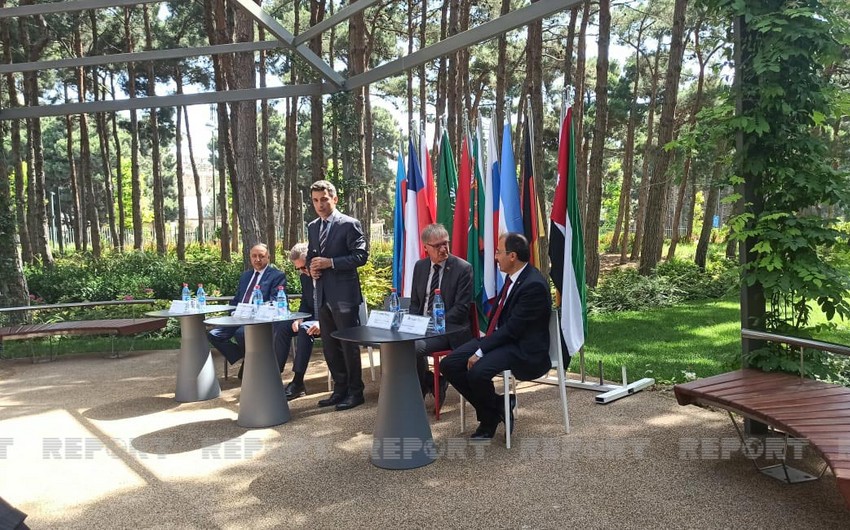 ADA University has launched a traditional international festival with the participation of ambassadors from 32 countries.

The event aims to provide information about each country, its cultural characteristics, and the education of students in higher education institutions of these countries.

The first day of the festival was attended by the representatives of Turkey, Germany, Afghanistan, Argentina, Indonesia, Russia, Turkmenistan, Chile, Jordan, Lithuania, and Saudi Arabia.

ADA University Vice-Rector Fariz Ismailzade opened the event and said the festival was not organized last year due to a pandemic: "About 2,000 students took part in the festival before the quarantine. Currently, due to restrictions, we're holding hold the festival in the open air. This festival is an excellent example of building a multicultural environment in Azerbaijan."

Afghan Ambassador Amanullah Jeyhun said the festival is a window of opportunity to use cultural differences between peoples to strengthen ties between the two countries: "Afghanistan has been participating in the festival for five years. I invite all participants of the festival to get acquainted with the rich culture of our country. "

Argentina's ambassador to Azerbaijan, Sergio Perez Gunella, stressed the importance of building ties between them despite the distance between them. "We are located in different parts of the world. However, we have found new ways of dialogue between our peoples in this difficult time for all."

German Ambassador to Azerbaijan Wolfgang Manig noted that Azerbaijan and Germany have strong ties in various fields, including education. The ambassador said that Azerbaijan's accession to the Bologna system ensured its entry into the European space of academic development and cooperation.

Turkish Ambassador to Azerbaijan Cahit Bağcı stressed the peculiarities of relations between Azerbaijan and Turkey: "It is essential for us to demonstrate our country's rich culture to other nations. This festival provides an opportunity to learn about the cultural values of other countries, the benefits of studying abroad. I thank the ADA University for the opportunity to demonstrate Turkish culture."

The festival will last for three days. Every day, 10-11 countries will present information about themselves on special stands. 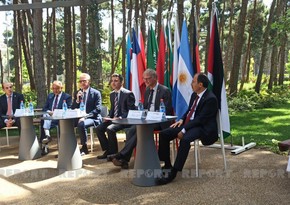