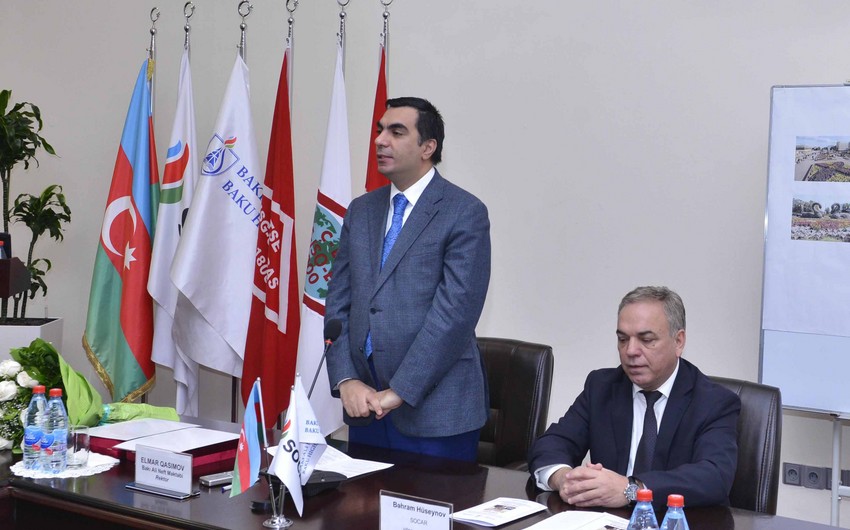 Opening the conference, the Higher School Rector Elmar Gasimov welcomed the guests and said that it is important for the Higher School students not only to acquire knowledge on chemistry, oil and gas and other subjects, but also to know well about famous scientists in these spheres. The Rector emphasized that the conference’s main objective was to help the BHOS students to learn more about the life and activity of the prominent scientist and explorer, and to honor the memory of Farman Salmanov.

Head of the BHOS Lifelong Learning Department, Professor Rena Mustafayeva made a report entitled “Farman Salmanov’s Life and Work as Example for Azerbaijani Youth.”SOCAR’s Vice-President for Geology and Geophysics Bahram Huseynov emphasized that Farman Salmanov devoted his life to exploration of new oil and gas fields. Salmanov became famous for discovering great oil fields in Western Siberia, and his name made it into history of the world oil industry. Counsellor to SOCAR’s First Vice-President Alakbar Abasov reminded that, under Farman Salmanov’s leadership, more than 100 major oil fields rich with hydrocarbon reserves were discovered and developed in West Siberia. “Due to these fields development the former Soviet Union became one of the largest oil exporters in the world,” he said.

Director Deputy of Petroleum Research and Design Institute, Doctor of Geological and Mineralogical Sciences Ahmad Salmanov expressed his sincere gratitude to the conference organizers. He also emphasized that management of the Higher School made all necessary efforts so that young generation would know and remember his uncle Farman Salmanov.

BHOS fourth-year Petroleum Engineering students Elvin Hasanli and Rashad Nazaraliyev spoke on the topic Farman Salmanov in the eyes of Youth. At the end of the conference, a documentary film about Farman Salmanov was shown.