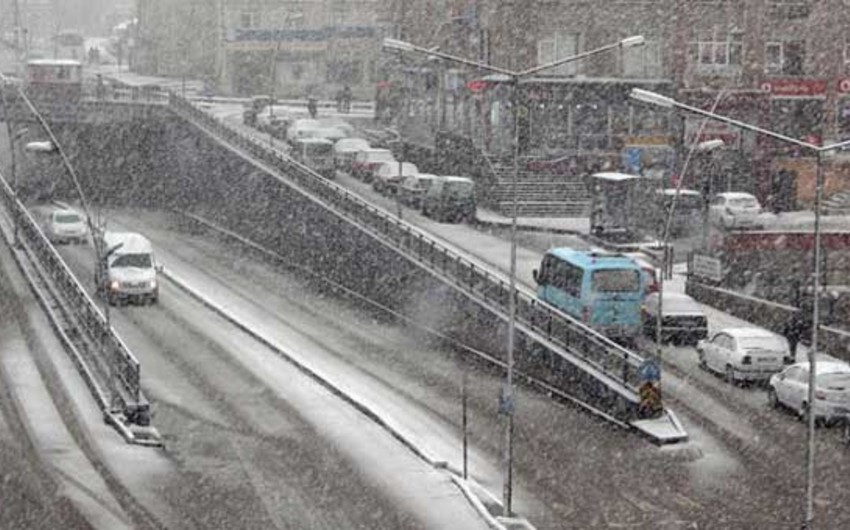 Baku. 8 January. REPORT.AZ/ Weather forecast is announced for tomorrow in Azerbaijan. The chief hydrologist of the Hydrometeorological Forecasting Bureau of National Hydrometeorology Department of the Ministry of Ecology and Natural Resources, Asif Verdiyev said to Report that snow will fall in capital tomorrow mainly at night and in morning and gradually stop in afternoon.

In the first half of the day the north-west wind is likely to weaken in the afternoon. The air temperature will be +1-4 °C at night and to be close to 0 in the afternoon and roads will be covered with snow, it will be rain with intervals in the regions, as well as the snow is predicted. It will intensify in some places at night.