Abnormal hot weather expected in Azerbaijan, temperature to rise to 44°C - EXCLUSIVE "Dry and hot air currents from the southeast are expected to access the country this week. As a result, there will be a slow-moving air mass, which determines the sunny and abnormally hot weather, 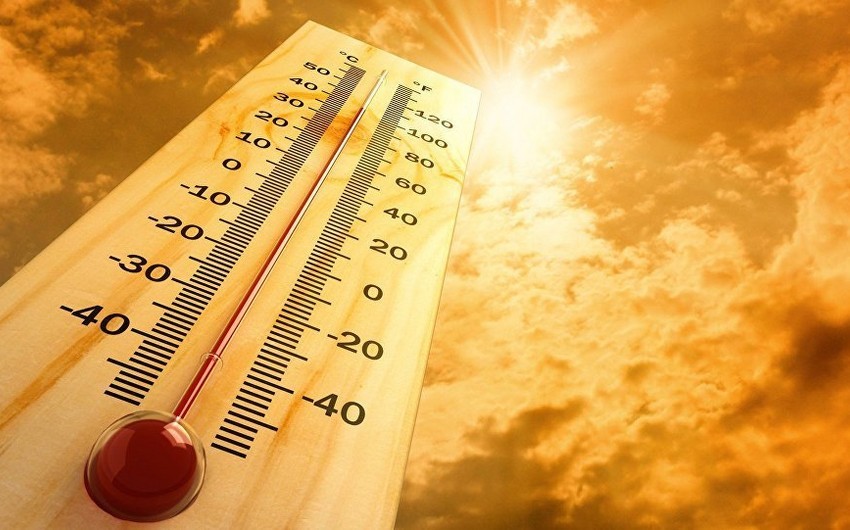 "Dry and hot air currents from the southeast are expected to enter the country this week. As a result, there will be a slow-moving air mass, which determines the sunny and abnormally hot weather," Umayra Tagiyeva, head of the National Hydrometeorology Service of the Ministry of Ecology and Natural Resources, told Report.

According to her, the continuation of sunny days will also create conditions for maximum warming: "Due to the abnormally high temperatures, which are much higher than the daily temperature, try to be in the shade these days. At such temperatures, the probability of heatstroke is usually high. Weak and moderate southeast winds will prevail."

Tagiyeva said high-temperature records are expected to be updated: "During the week, the maximum temperature will reach 40 C in some regions and 44 C in some places."

The head of the service added that the temperature in Baku and the Absheron Peninsula would rise to 39 C: "Let's not forget that according to international methods, the air temperature is measured in the shade, and in large cities, asphalt-concrete pavement increases the thermal effect. For this reason, 40-42 C will be felt in some parts of the city. The preliminary estimates show the intense heat will decrease by the end of the week."