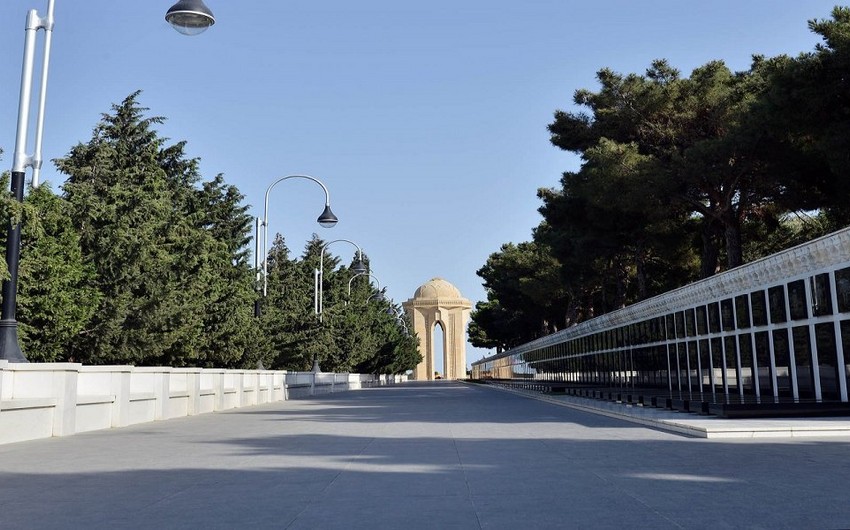 Baku. 11 January. REPORT.AZ/ Commissioner for Human Rights () of the Republic of Azerbaijan has released a statement regarding the 29th anniversary of the tragedy of January 20, 1990.

"Twenty nine years pass from the bloody 20 January 1990 tragedy. This unforgettable crime against humanity is commemorated each time with a heavy heart. This bloody event engraved on the memories as Black January is both the day of commemoration of our martyrs and the day of solidarity, pride and honor of our people fighting for the territorial integrity of Azerbaijan. These events once again demonstrated that our people are determined to fight for the independence and restoration of their violated rights.

"Thus, as a result of the support by former USSR leadership to the raising Armenian separatism in the Nagorno-Karabakh Autonomous Oblast, which is an integral part of Azerbaijan and biased position towards our country, gradual removal of the departments and organizations of the mentioned oblast from the subordination of our republic, deportation of the Azerbaijanis from their historical-ethnic lands in Armenia, exposure of compatriots to severe torture and violence exhausted our people’s patience. 20 January massacre was committed upon the instruction of the Soviet government of the period in order to suppress the rightly protest of our people, to prevent the expanding liberation movement in Azerbaijan.

"According to the official facts, we report that in the night from the 19th to the 20th January 1990, a sudden troops of the Soviet army were deployed to Baku and Sumgait, other cities and rayons of the country as well, exposed the people to fire using descent groups brought by military vessels, tanks and other heavy military equipment, thus international law norms, provisions of the former USSR and Azerbaijan SSR Constitutions were grossly violated, a violent crime against humanity was committed against our multinational people which stood in defense of freedom of the homeland and its own rights.

"Armed forces entered Baku, killed 168 unarmed civilians mercilessly regardless of their nationality, age or sex, including children, women and elderly, 744 peaceful, innocent persons in the capital, suburban settlements and surrounding areas were injured, hundreds of people went missing, 841 persons were illegally arrested. Even the ambulances and physicians carrying the injured persons were opened fire at, therefore medical staff members became martyrs or were injured. Use of prohibited weapons and supplies resulted in immeasurable destructions. The energy bloc of the state television was exploded as a result of the sabotage organized by the USSR Committee of State Security with the purpose of concealing the event from the population.

"At that period, a harsh statement was made by the National leader in the city of Moscow on behalf of the Azerbaijani people and he demanded legal assessment of the massacre committed against our people on January 20 and punishment of the perpetrators.

"It should be noted that those events couldn’t break the will of our people and the fight for freedom resulted in restoring the independence of Azerbaijan in 1991.

"At the initiative of the president Heydar Aliyev special session of the Milli Mejlis was held and this bloodshed was given its political-legal assessment. Every year the date of January 20 is commemorated as the National Day of Mourning in our Republic and on this day the martyrs are remembered by hundreds of thousands people with deep respect.

"According to the Presidential Decree, citizens of the Republic of Azerbaijan being of different nationalities killed during the tragedy were awarded with honorary title “Martyr of the January 20”, and in line with the Decree on “Increasing the State care to the persons who became disabled during January 20 events” different measures are implemented, these persons are entitled to relevant allowances by the state and the martyrs’ families are provided with Presidential pensions.

"As in previous years, this year also the Action Plan on “Commemorating the 29th Anniversary of the tragedy of January 20” has been approved by the relevant Decree with the purpose of directing the focus of the international community to those bloody events and is now implemented.

"This horrible tragedy caused the massacre of the civilian population. Consequently, the UN Universal Declaration of Human Rights, International Covenant on Civil and Political Rights and other international legal documents were grossly violated. Nevertheless despite being one of the most horrible crimes of the XX century for its nature and scale, January 20 events has not been made international legal assessment so far, those ordering and perpetrators of the bloodshed have not been punished.

"Under the international law, the tragedy of January 20 should be classified as a crime against humanity. Thus, according to the article 7 of the Statute of the International Criminal Court, extermination, enforced disappearance of persons, other inhuman acts of a similar character intentionally causing great sufferings, serious injury to body, to mental or physical health are classified as crimes against humanity.

"At that time the leaders of the Soviet state supported Armenia with that crime grossly violating the international legal norms, which resulted in the long-lasting Armenian aggression against Azerbaijan, ethnic cleansing, genocide were committed, twenty percent of our country territories was occupied, local Azerbaijani population was forcibly expelled from the territory of Armenia, also Nagorno-Karabakh and seven adjacent districts, an integral part of our republic. These actions resulted in massive violation of the fundamental rights of the civilian population and still more than one million compatriots live as refugees and IDPs.

"The Azerbaijani side constantly strives for the peaceful settlement of the conflict, proposes initiatives. President of the Republic of Azerbaijan has stated the crucial importance of the peaceful settlement of the conflict only within the territorial integrity of our republic, withdrawal of the occupant forces from the Azerbaijani lands repeatedly and resolutely in the platforms of the influential international organizations, including UN General Assembly. It is reflected in the corresponding decisions of the influential international organizations, including European Parliament resolution adopted on December 12, 2018, in which the territorial integrity of Azerbaijan was emphasized once more.

"It should be mentioned that there are enough legal documents to classify the January 20 events committed twenty nine years ago as a crime against humanity, being one of the most grave kind of the international crimes, at the same time sufficient evidences for involving the persons ordered and committed this massacre and first of all, the leaders of the Soviet state of that period to the criminal responsibility.

"Impunity of persons committed such kind of deeds is contrary to the targeted universal priorities, UN Principles and Sustainable Development Goals.

"We call the world community and international organizations to support justified demands of the Azerbaijani people and, in order to bring the perpetrators of this crime against humanity to deserved punishment, to assist in giving to this bloody action an international legal assessment." 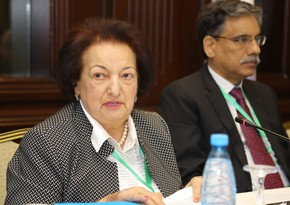