Imir Mammadli: Eduard Shevardnadze repeatedly emphasized that he took advice from Heydar Aliyev in difficult times - INTERVIEW Well-known Azerbaijani public figure Imir Mammadli acted as a translator in the meeting between the national leader of Azerbaijan Heydar Aliyev, and the second president of Georgia (1995-2003), Eduard Shevardnadze. On the eve of the 98th anniversary of th 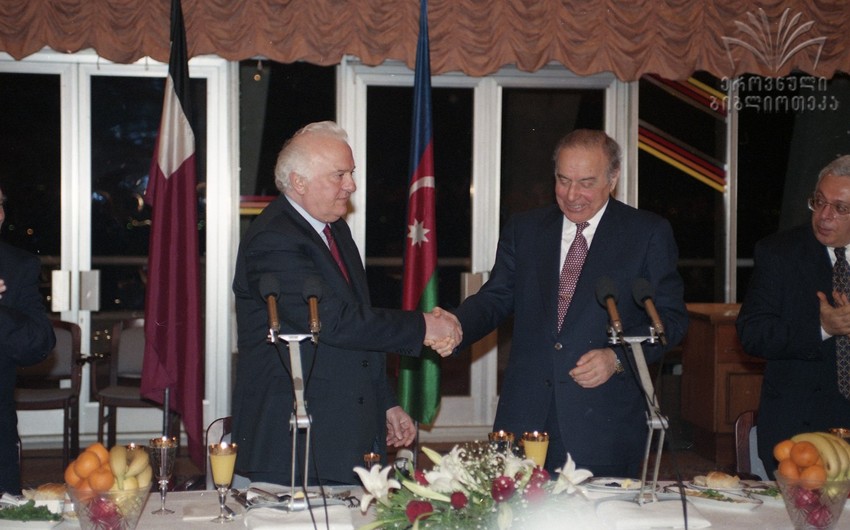 Well-known Azerbaijani public figure Imir Mammadli acted as a translator in the meeting between the national leader of Azerbaijan Heydar Aliyev, and the second president of Georgia (1995-2003), Eduard Shevardnadze. On the eve of the 98th anniversary of the national leader, the laureate of the State Prize of Georgia, novelist, dramatist of the Order of Honor Mammadli, talked to the correspondent of the Georgian bureau of Report and shared his memories about the two leaders.

- Mr. Imir, You were the translator during Heydar Aliyev's first official visit to Georgia and meeting with his Georgian counterpart Eduard Shevardnadzein in March 1996. Have you translated between these two statesmen before?

- In those years, I worked in the Office of the Georgian President. Yes, you are right. During Heydar Aliyev's first official visit to Georgia, I translated all bilateral meetings. During that visit, I was lucky enough to translate at the meeting of our Georgian compatriots and some Georgian intellectuals with the national leader in the building of the Georgian State Opera Theater. Before that, I did not attend the official meetings of the two heads of state, but I participated in all subsequent sessions. I even remember that Heydar Aliyev had to address before the parliament of Georgia during one of his official visits. For some reason, his translator did not attend the event. It was decided that I would translate that speech of Heydar Aliyev. We came to the parliament building. Just ten minutes before the president's speech, he was told that his translator had arrived from Baku. Heydar Aliyev answered: "Is Imir Mammadli not here? I want Imir to translate for me. Because he translates not only my words but also emotions." His words inspired me, and I translated that speech with great enthusiasm.

- Heydar Aliyev and Eduard Shevardnadze had close and sincere friendly relations for many years. Have you witnessed this friendship?

- They had mutual respect. Eduard Shevardnadze considered the great leader his teacher and leader. He repeatedly emphasized in private conversations that he learned a lot from Heydar Aliyev and took advice in difficult moments.

- Were there any memorable moments in the meetings and events attended by both prominent statesmen?

- Once, at a banquet given in Heydar Aliyev's honor at the end of his official visit to Georgia, prominent Azerbaijani composer Tofig Guliyev proposed a toast to the heads of state. For some reason, it was difficult for him to pronounce the name of Eduard Shevardnadze's father. Several times he said Edward Ambrrr ...but was unable to complete. Eduard Shevardnadze intervened with a smile and said: "Don't worry, it is also difficult for me to pronounce his name." But at that moment, the great composer managed to say "Ambrosevich."

- As part of his first official visit, Heydar Aliyev also visited the Tbilisi Juma Mosque. What Eduard Shevardnadze and other Georgian officials did there is still a topic of discussion in this mosque. Do you remember that moment?

- Yes, I remember. While entering the mosque, the great leader took off his shoes. Looking at him, Eduard Shevardnadze and other officials did the same.

- There is a historical statement of the national leader that Azerbaijanis are not a diaspora in Georgia. These words were voiced at a meeting held at the Georgian State Opera Theater. As a participant of the meeting, how do you remember those words and the reaction of the hall?

- Yes, as I mentioned above, I was assigned to hold that meeting. I remember that episode well. Concluding the meeting, Heydar Aliyev addressed the hall and said: "These people are not a diaspora in Georgia; they are locals and live in their ancestral lands." At that time, the people still remembered some nationalist slogans of the government before Eduard Shevardnadze. These words of Heydar Aliyev gave Azerbaijanis increased confidence in their ancestral lands.

- Did Heydar Aliyev have any dialogue with you? How was your attitude?

- The great leader called me Emir, not Imir. During one meeting, he deliberately talked about the history and referred to the emirs in Tbilisi. After a moment's pause, he turned to Eduard Shevardnadze and added: "Isn't it time to gift an Emirate to Emir?" (laughs). When he said, "Imir also translates my emotions," before a speech in the parliament, was a sign that every Azerbaijani, no matter where he lived, was in his notice.

- Words are precious for you. I wonder, what words of Heydar Aliyev, a solid and skilled speaker, impressed you the most?

- I remember that the First Congress of World Azerbaijanis was held in Baku on the initiative of the national leader. I was a representative of that event. At the end of his speech, Heydar Aliyev said: "My compatriots, you can live in different countries of the world, but remember that no land under your feet can be as reliable as the land of Azerbaijan." His words touched my heart and were engraved in my memory forever.

- Mr. Imir, thank you for the interview.

The photos attached to the interview were taken from Imir Mammadli's archive and the National Parliamentary Library of Georgia. The author of the images kept in the Central Library is well-known photographer Shahveled Eyvazov. 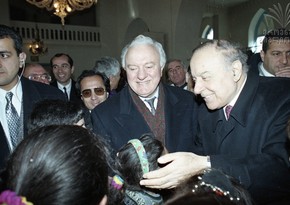 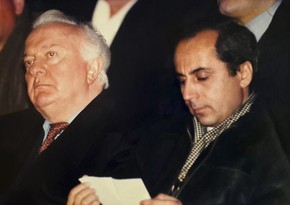 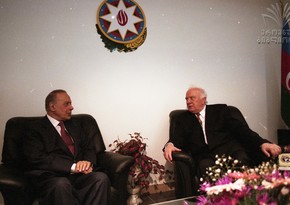 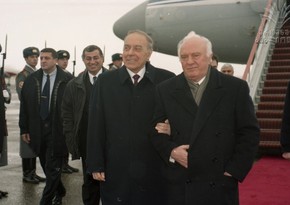 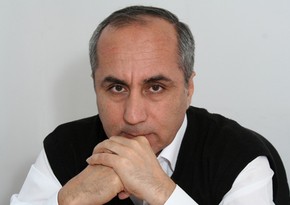 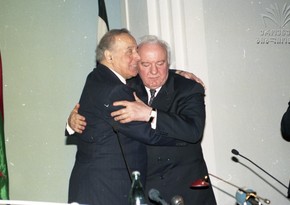 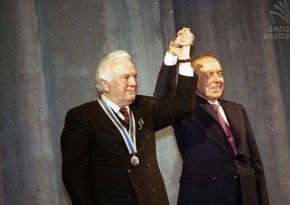 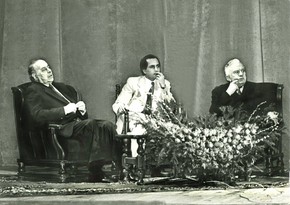 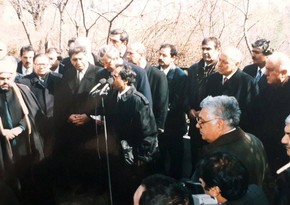 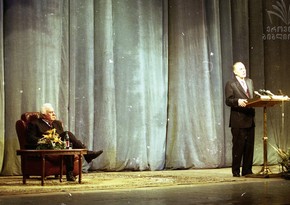