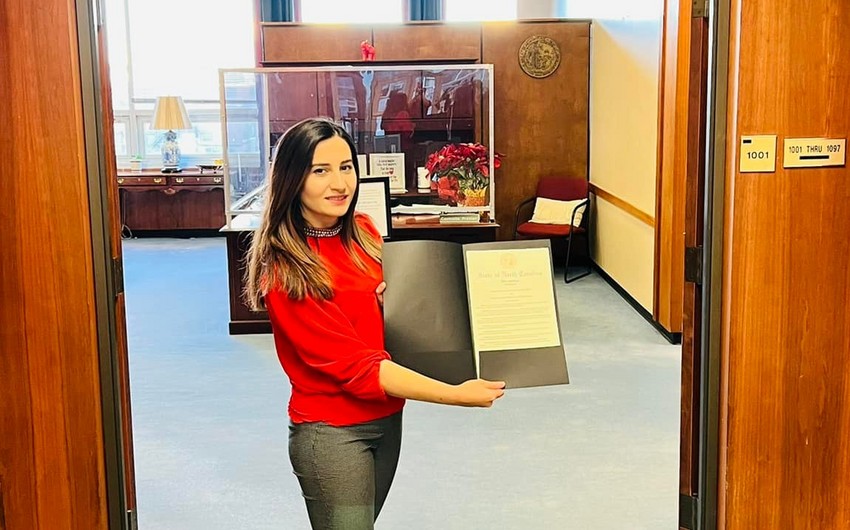 December 31 has been declared "Solidarity Day of Azerbaijanis" in the US state of North Carolina, the State Committee on Work with the Diaspora told Report.

Several state officials have adopted a declaration in this regard.

Declarations signed by State Governor Roy Cooper, Charlotte Mayor Wee Alexander Lyles, Cary Mayor Harold Weinbrecht, and Durham Mayor Stephen M. Schewel said that December 31 of every year is celebrated as the Solidarity Day of Azerbaijanis by around 50 million Azerbaijanis around the world.

It was recalled that the Azerbaijani people established the Azerbaijan Democratic Republic on May 28, 1918, which became the first secular democracy in the entire Muslim world, enacted many progressive reforms, including granting the right to vote to women for the first time and consolidating the freedom and independence in 1991.

It noted that Azerbaijan had become one of the world's fastest developing and modernizing countries, the largest economy of the region, and the biggest US trade partner in the South Caucasus. Azerbaijan has a long-standing tradition of peaceful co-existence and interfaith harmony among Muslims, Christians, and Jews.

The governor and mayors of North Carolina, who declared December 31, 2021 as "Solidarity Day of Azerbaijanis," call upon all residents to join in observing this day.

The declarations were adopted on the initiative of the head of the Azerbaijan Friendship Organization in North Carolina, Adika Iqbal. 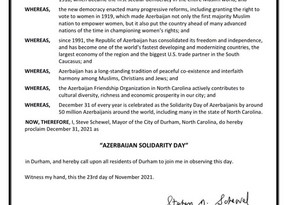 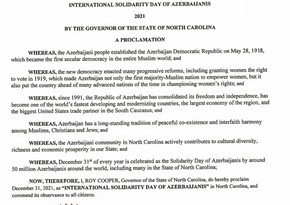 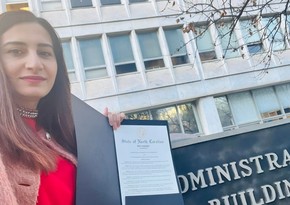 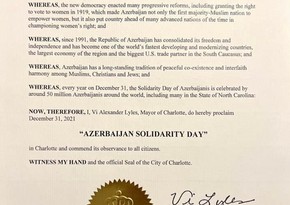 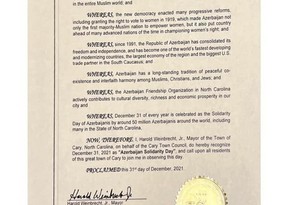