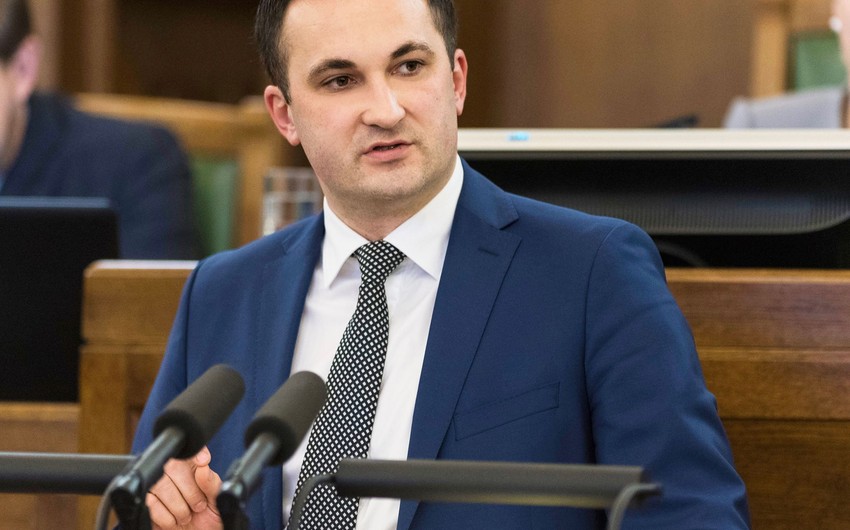 Baku. 8 October. REPORT.AZ/ According to the preliminary results of the elections to Latvian Saeimas that took place on October 6, one of the Azerbaijani candidates received a deputy mandate.

Report informs that this is Roman Naudins (Ibrahimov), presently the chairman of the Latvian parliament's Commission on People's Economy, Agrarian, Regional Policy and Environmental Protection.

Notably, Naudins was born in the Latvian city of Valmiera, but he is originally from the Siyazan region of Azerbaijan. Earlier Naudins served as Minister of the Environmental Protection and Regional Development of the Republic of Latvia. At the request of his Latvian grandfather, he changed his name from Ibragimov to Naudins. Despite this, he lobbies for the interests of Azerbaijan in Latvia, heads the Azerbaijani society "Araz" and the ice hockey club "Buta".

Notably, two Azerbaijanis nominated for the elections to Latvian Saeima. One of them is Asif Ibragimov.

Elections to the 13th Saeima of Latvia took place on October 6, 2018. According to the Central Election Commission of Latvia, the voter turnout was 54.60%. Seven parties have overstepped the 5% threshold, having received the right to be represented in the Latvian Saeima