Robots to engage in restoration of frescos in Pompeii 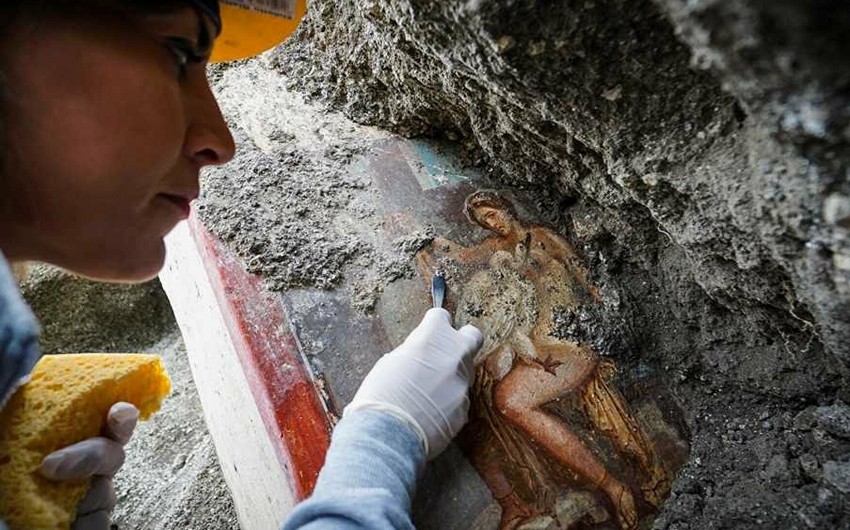 Artificial intelligence and robotics are for the first time being used to piece together fragments and frescos from the doomed Ancient Roman city of Pompeii, Report informs referring to Agencia EFE.

Machines equipped with robotic arms are able to scan archaeological fragments, create a 3D digital model and organize the thousands of pieces into place, like a jigsaw puzzle, to reveal a complete picture of the Roman art blanketed by the eruption of Vesuvius in 79AD.

The RePAIR project, which stands for Reconstructing the Past: Artificial Intelligence and Robotics meet Cultural Heritage, said the robots use top-of-the-range sensors to avoid damaging the historical artifacts.

The experiment will begin with ceiling frescoes from the House of the Painters at Work in the Insula of the Lovers Chaste, which were not only damaged by the ash and pyroclastic flow from Vesuvius but also bombed during World War II.

Thousands of fragmented remains have been stored for years, a kind of archaeological puzzle that could now be solved thanks to technology.

A group of experts in mural painting from the University of Lausanne, led by Professor Michel E. Fuchs, has been working, by hand, to solve this extraordinary challenge since 2018.

The new project, which will run in parallel and coordinate with the Swiss team, will allow for the two techniques and the results to be compared and contrasted.