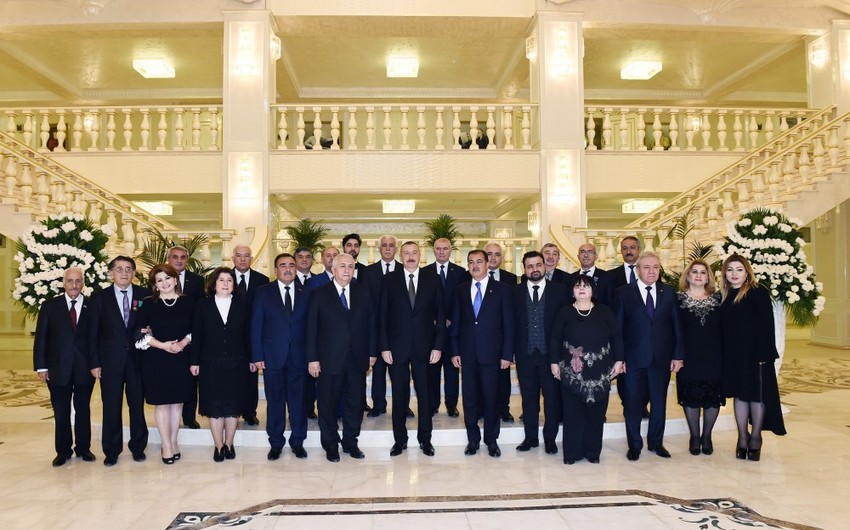 Baku. 10 November. REPORT.AZ/ President of the Republic of Azerbaijan Ilham Aliyev has today attended the inauguration of the new building of Ganja State Philharmonic.

The head of state cut the ribbon symbolizing the opening of the philharmonic and toured the building.

The head of state was informed that the six-storey building features administrative, training, make-up, director`s and recreation rooms, and a canteen. The building also houses a 1200-seat concert and a 300-seat conference halls, 11 boxes, including one VIP.

The philharmonic will also feature the sale of books.

The statues of Uzeyir Hajibeyli, Fikrat Amirov, Gara Garayev, Niyazi and Arif Malikov are installed on the balcony on the third floor of the building.

An open-air summer concert stage, observation tower, 500-car underground parking lot and two-storey gallery of two blocks with a total area of 2,000 square meters were also built in the area.

Extensive landscaping work was done around the philharmonic hall, and decorative flower bushes were planted here.

Two fountains decorated with national ornaments were installed in front of the building.

President Ilham Aliyev then met with representatives of the general public of the city of Ganja and posed for photographs with them. 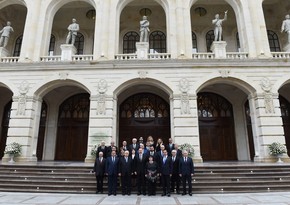 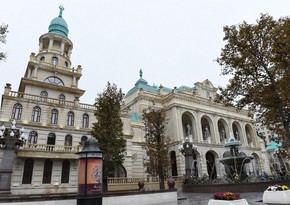 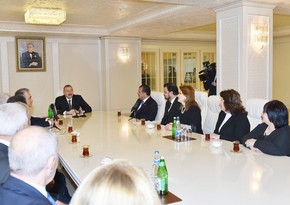 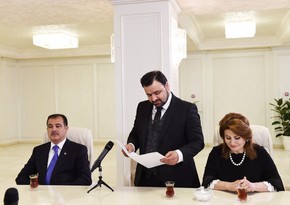 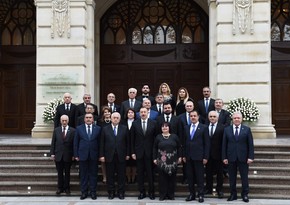 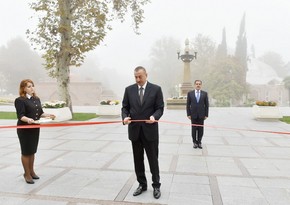 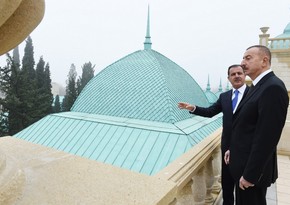 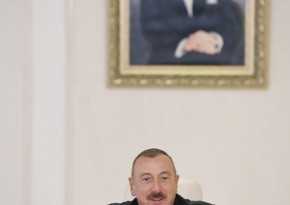 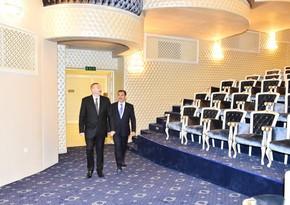 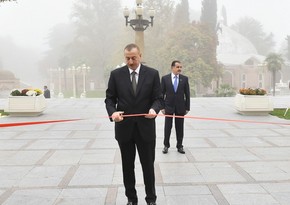 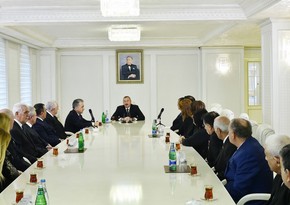 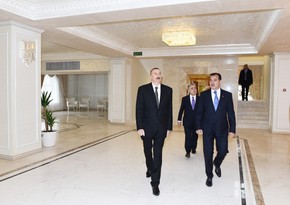 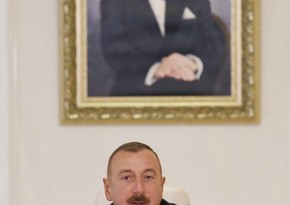