Inauguration of a photo-exhibition devoted to Azerbaijan takes place in Paris Organized at the Petit Palais Exhibition and Museum Complex of Paris, the exhibition was joined by well-known persons and persons of culture of France
1120 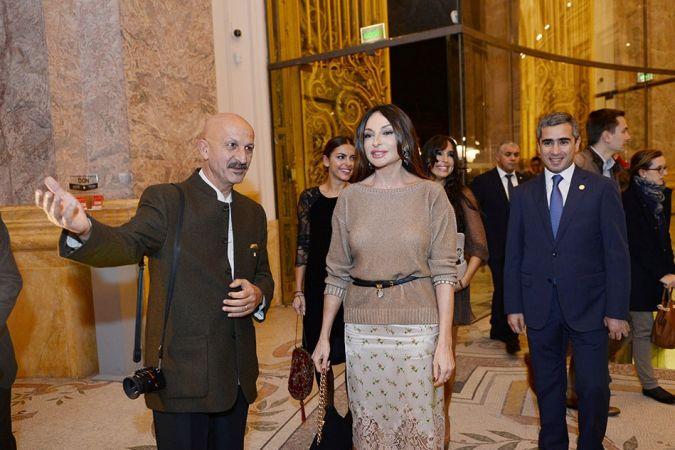 Organized at the Petit Palais Exhibition and Museum Complex of Paris, the exhibition was joined by well-known persons and persons of culture of France.

The host of the event informed the guests of Azerbaijan, its rich culture and history.

Director of the Petit Palais Exhibition and Museum Complex Christophe Leribault noted that photos by Reza Deghati are famous all over the world.

Ambassador of Azerbaijan to France Elchin Amirbeyov noted that, in the creativity of the photographer, the Daghlyg Garabagh conflict has its own place. The diplomat said photos by Reza Deghati that reflect the Garabagh War and Khojaly Genocide clearly picture the scale of the tragedy.

Mayor of the 8th District of Paris Mrs Jeanne d'Hauteserre said Azerbaijan has become famous in the world for its culture and art. The Mayor underscored that relations between France and Azerbaijan were broadening, and this was more obvious in the field of culture.

Chairperson of the Friends of Azerbaijan Association in France Jean François Manselle too talked about the France-Azerbaijan relations. He noted that the Heydar Aliyev Foundation has been showing special attention to popularization of the Azerbaijani culture in France.

Then Reza Deghati thanked President of the Heydar Aliyev Foundation Mehriban Aliyeva for the organization of the exhibition. The photographer noted that Azerbaijan was a tolerant, beautiful and rich country: “Most of my life was spent in conflict zones. Every photo I took during the conflicts has made me live that conflict. What I experienced during the Daghlyg Garabagh conflict is also one of the bitter moments of my life.” Reza Deghati underscored that, as a result of the Daghlyg Garabagh conflict, part of the Azerbaijani territory was occupied by Armenia and Azerbaijanis have been displaced from their fatherlands. He talked about the Khojaly Genocide: “What I’ve seen in Khojaly have permanently remained in my memory and made me convey this tragedy to the whole world. Victims and martyrs of the Khojaly tragedy are main characters of my creativity”.

The book “Elegance of Fire” contains photos taken by Reza Deghati since 1987 during his trips to Azerbaijan. Regions, remote villages of Azerbaijan, lifestyle of common people, their traditions etc. have been reflected in the book. The author has, at the same time, created the view of Azerbaijani culture by photos taken during national dances, concerts, exhibitions and other events.

And in the book “Massacre of the Innocent”, photos taken by the photo-correspondent during the Khojaly genocide committed by Armenia against Azerbaijanis in 1992 have been collected. The book also contains photos from events held in various countries of the world aiming to get the Khojaly tragedy recognized in the world, and from a township for refugees and IDPs. 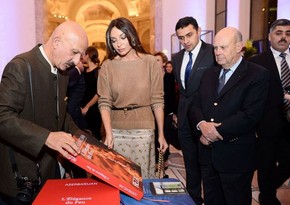