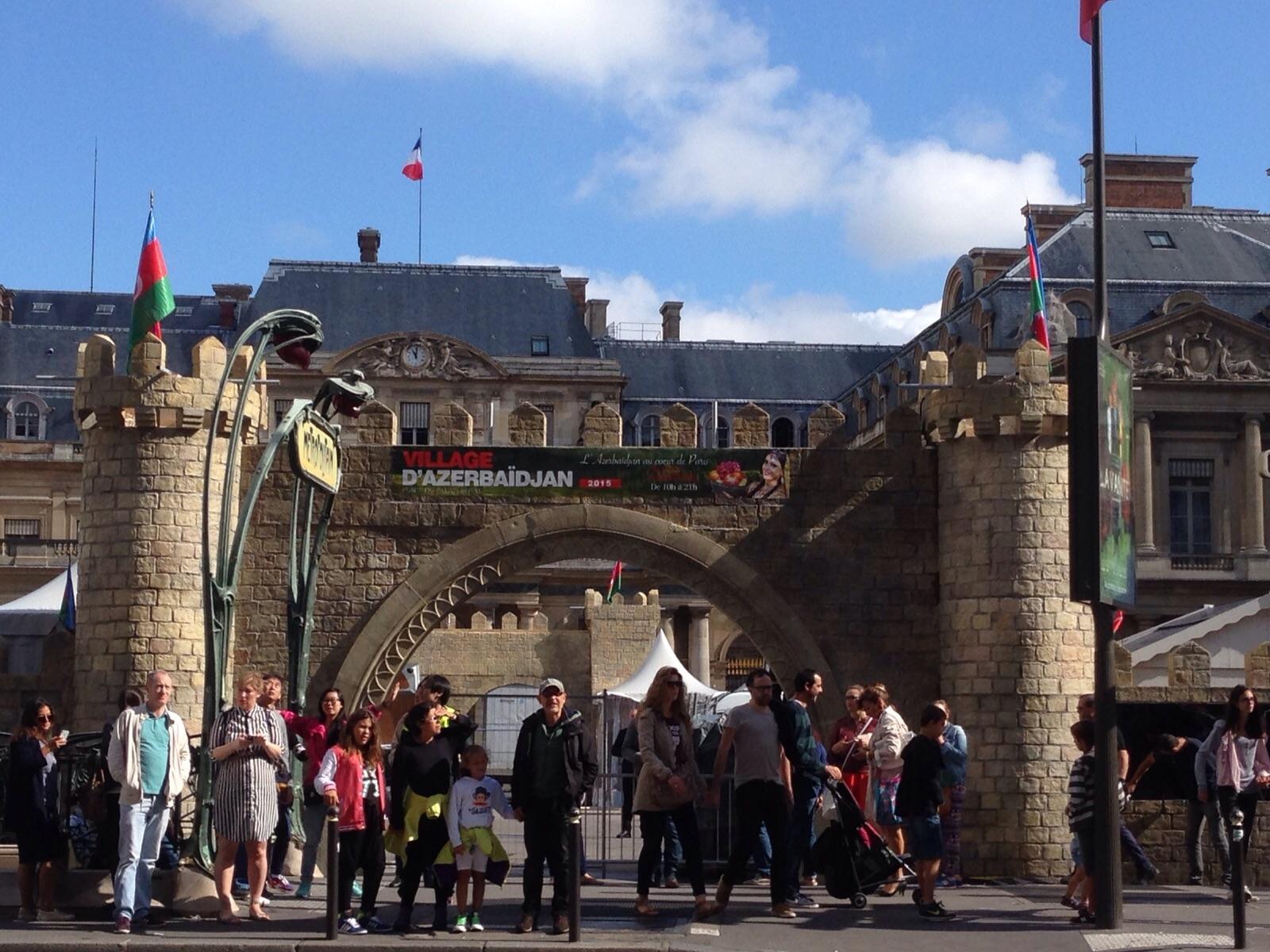 The town which is called as "Azerbaijan is in the heart of Paris" will be presented up to September 9.

In "Azerbaijani town" organized in Paris for the second time, the country's history, culture, folk art, traditions, national cuisine will be presented.

Each of the sections in "Azerbaijani town" which is created in Palais Royal Square in front of "Louvre" museum, will give opportunity to know Azerbaijan comprehensively and make the peoples become closer to each other.