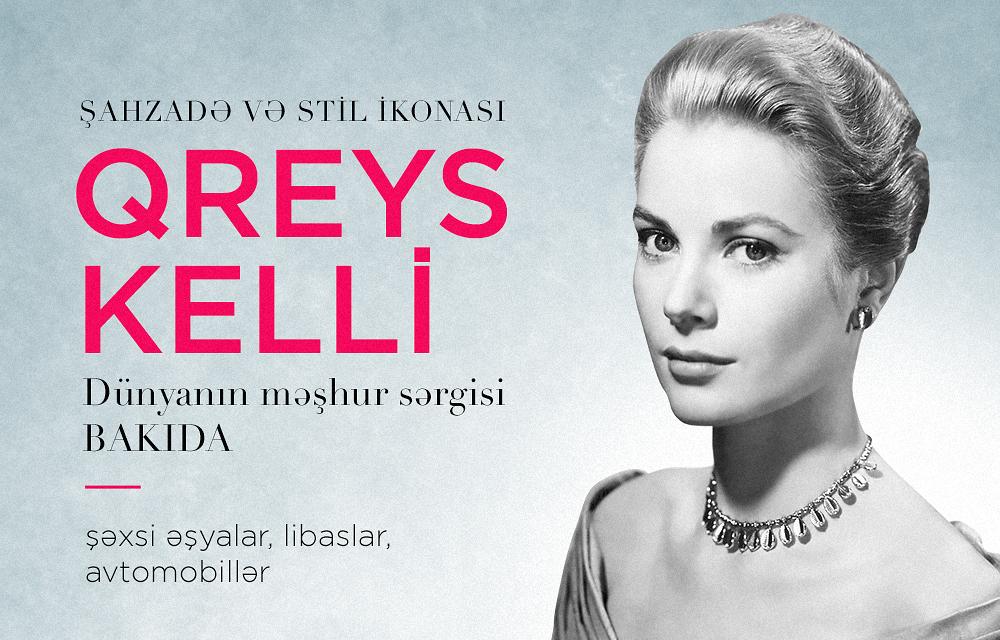 Baku. 5 June. REPORT.AZ/ Heydar Aliyev Center will host one of the world famous exhibition met with great interest by visitors, "Grace Kelly, princess and style icon" exhibition. Report was told in the Center, the official opening ceremony of the exhibition which will be held for the first time, will take place on June 12. Prince Albert II of Monaco will attend the opening ceremony.

The exhibition is dedicated to the life of a well-known Hollywood actress, Grace Kelly and Princess of Monaco (1929-1982). The exhibits reflect Grace Kelly's career in film acting, her life period after her marriage with the Prince Rainier III of Monaco.

Grace Kelly's dresses, jewelry, letters, photographs and other interesting exhibits will be displayed. Overall, more than 200 exhibits will be presented to Baku's visitors. The exhibition will be remembered with the premiere at the Heydar Aliyev Center. So, the cars owned by Grace Kelly will be presented at the Heydar Aliyev Center as a part of this exhibition for the first time.

The exhibition which is open to the public from June 13, will run till November 1 at the Heydar Aliyev Center.