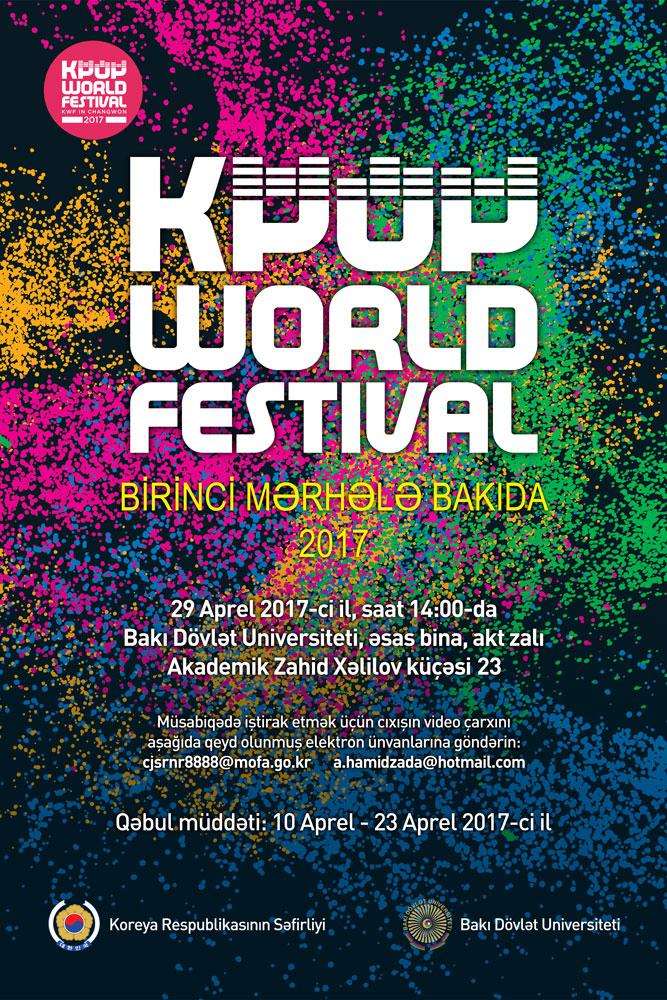 Report was informed at the Embassy of the Republic of Korea in Azerbaijan, the festival is timed to the 25th anniversary of the establishment of diplomatic relations between the two countries.

The event will be held on April 29 at the Baku State University (BSU).

There will also be performances of Azerbaijani musicians, a lottery and an exhibition dedicated to Korea.

Besides the Korean Embassy, the organizers of the festival are BSU and Korea - Fans Azerbaijan–HANSAMO.

Those wishing to perform at the festival should send an e-mail before April 23 to a.hamidzada@hotmail.com, send a video of performance or bring them to the embassy.

After evaluating the applicants, 10 teams will be elected to perform at the event.