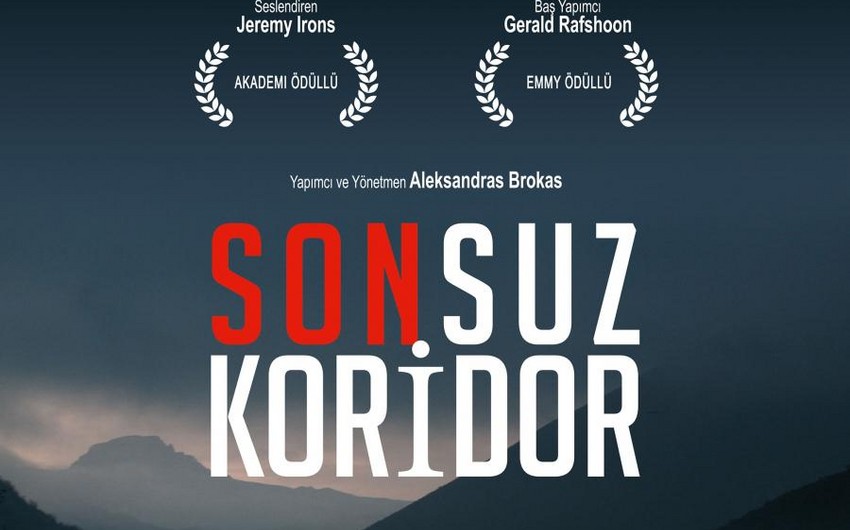 Report informs, on 10 July, the Tenerife International Film Festival in Madrid declared Endless Corridor to be the Best Documentary, and Aleksandras Brokas the Best Director of a Documentary.

Delighted with this success, Brokasnevertheless first paid tribute to the people of Khojaly:

Such huge international attention to Endless Corridor shows that the story of this documentary is very important for people all over the world. The painful lessons of history finally should finally be learned and the tragedy of Khojaly never repeated. But reality is different.

It’s difficult to say how the film’s success could effect the lives of its heroes, but we believe the fact that you are not alone in this world with your pain, can sometimes give hope.

All the awards we receive at the Madrid & Tenerife International Film Festival as well as the Accolade Global Film Competition - The Best of Show Award - we dedicate to the heroes of our film and the people who died in the Khojaly tragedy.

The Accolade award is very important in the film industry. Judges from this competition are well-known Hollywood filmmakers, who also take part in voting for Emmys and Oscars (Academy Awards). Getting this award means that Endless Corridor has become one of the best documentaries of 2015. And after this award we have a real possibility of aiming for next year’s Emmys.

Endless Corridor has been submitted for more than 60 film festivals throughout the world. Most have already included it in their official programmes. The next one is the prestigious Cape Town Film Festival in South Africa. Also next month the Toronto IFF and AFI FEST (American Film Institute) will announce their official selections.

Endless Corridor follows two journalists, Lithuanian Richard Lapaitis and Russian Victoria Ivleva on their return to Azerbaijan 20 years after covering the horrific Khojaly massacre during the war. They journey to find the survivors they had first met in the aftermath of the Armenian attack. The accounts of both victims and perpetrators tell a dramatic story of the humanity and inhumanity of events in western Azerbaijan on 26 February 1992.

The film was presented in Istanbul, Ankara, Rome, Vilnius, London, Paris, Dublin, Berlin, Bern and Luxembourg in February as part of the Justice for Khojaly campaign organised by Leyla Aliyeva, Vice-President of the HeydarAliyev Foundation.