Czech Ambassador presents certificates to young Azerbaijani artists Vitezslav Pivonka: "Such exhibitions get to know better Azerbaijan and its culture"
585 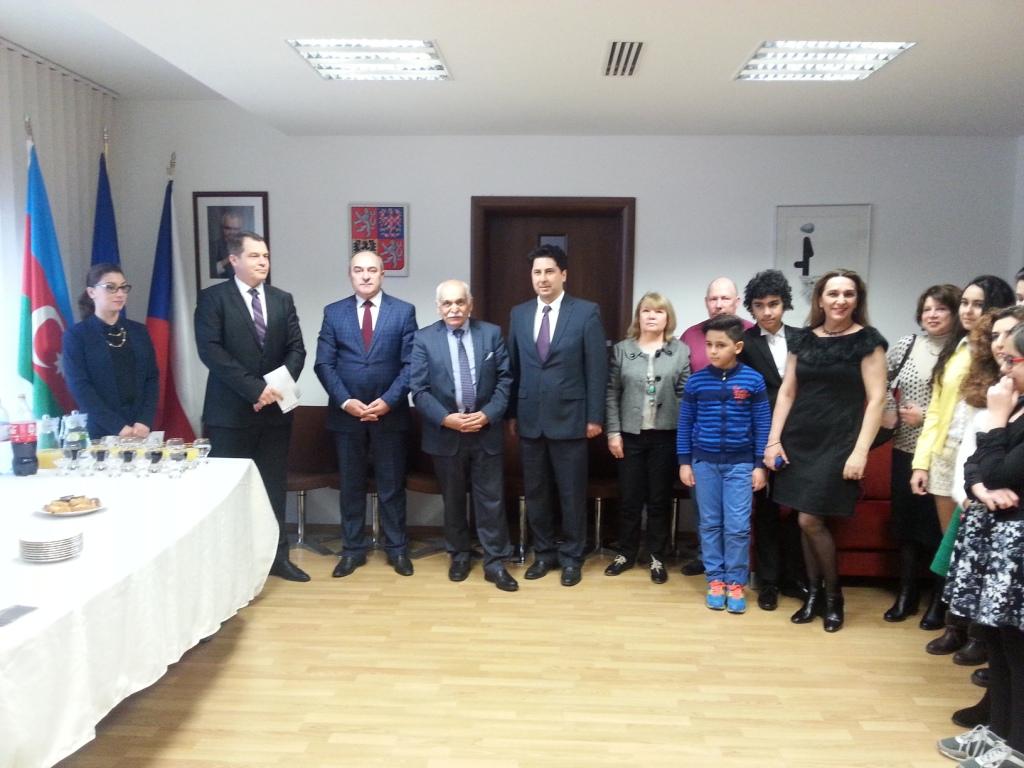 Baku. 23 February. REPORT.AZ/ The Czech Embassy to Baku held a ceremony of awarding certificates to the young artists for their participation in the exhibition "Young artists of Azerbaijan in Prague."

Report informs the exhibition will be held on May 4-11, 2015 in Prague at the initiative of the Youth Social and Psychological Rehabilitation Centre “Dirchelish” (“Revival”) with the support of the Czech Embassy in Azerbaijan.

Speaking at the opening ceremony, Director of Youth Social and Psychological Rehabilitation Centre “Dirchelish” (“Revival”) Islam Bakhshaliyev reminded that 2016 year in Azerbaijan has been declared the year of multiculturalism. He noted that multiculturalism, which is the norm of life in Azerbaijan, has become a kind of model that the country is ready to offer the world.I.Bahshaliev said that since 2010 the center "Dirchelish" held exhibition of young Azerbaijani artists and beginners in Europe in order to spread the culture of Azerbaijan.

In turn, the Czech Ambassador to Azerbaijan Vitezslav Pivonka thanked center "Dirchelish" for such an initiative. He underlined that such exhibitions allow to get to know better Azerbaijan and its culture and also contribute to the development of cultural relations between the Czech Republic and Azerbaijan.

Further, Ambassador handed certificates to artists for their contribution to the development of multiculturalism, as well as for special magazines about Azerbaijani culture, history and art, prepared by Charles University.