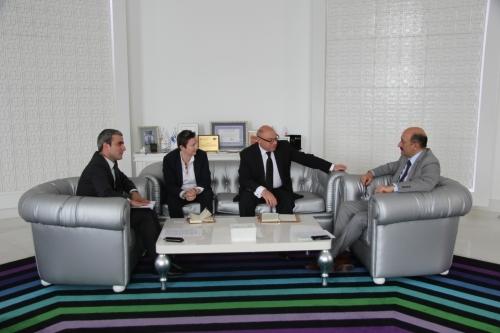 Baku.8 May. REPORT.AZ/ The Minister of Culture and Tourismof Azerbaijan  Abulfas Garayev received Polish Ambassador Marek Tsalkanı, Report informs. Noting the relations with Poland based on friendship ties, the Minister noted that there are great opportunities for developing cooperation in the fields of culture and tourism and added that the embassy welcomed efforts in this direction.

The importance of the cooperation between Azerbaijan and Poland in the framework of international organizations and the two countries' providing support to each other were stressed during the meeting.

Ambassador Marek Tsalkani noted the intensive relations between the two countries and expressed his hope for the expansion of further cooperation.

The Ambassador expressed satisfaction with the dynamic development of cultural relations between Azerbaijan and Poland.