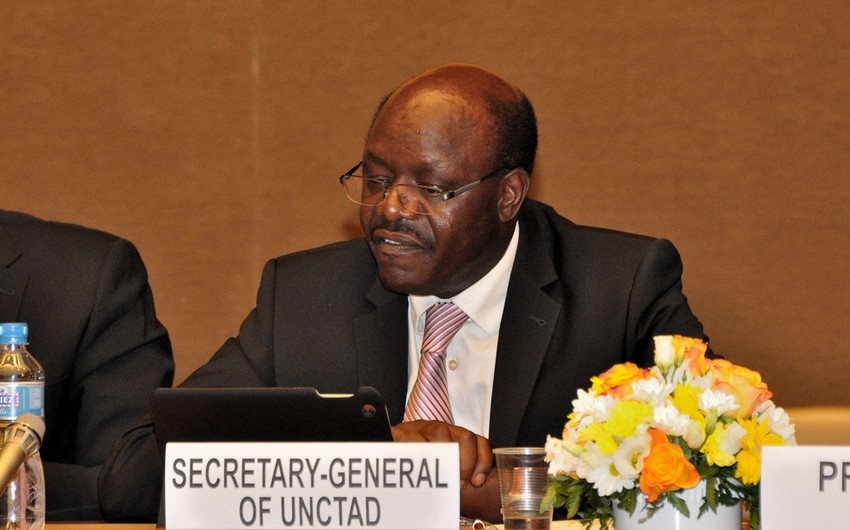 Baku. 7 October. REPORT.AZ/ With the slowdown in most developing regions expected to continue this year, Report informs, the United Nations Trade and Development Report 2015 released here on Tuesday calls for radical reform of the international monetary and financial system to meet the demands of the UN-proposed Sustainable Development Goals (SDGs).

"To improve global growth and financial stability, and to realize the investment push required to attain the new development agenda, the systemic problems of the international financial architecture need to be addressed," said the report.

"Insufficient demand in developed economies is the big constraint; combined with financial fragility and instability, and with growing inequality," it added.

The report also suggests ways to avert the threat of stagnation in developed economies with measures on both the demand and supply sides, as well as proposing global measures to discourage the proliferation of speculative financial flows, reign in financial behemoths and establish a sovereign debt workout mechanism.

"The world economy is awash with liquidity and the cost of debt has never been so low - still many developing countries struggle to obtain sources of international finance for long-term productive investment," it said.

The report argues that dedicated government action is needed to correct this shortfall if the UN development goals are to be achieved.

Specialized public institutions and mechanisms designed specifically for this purpose will be crucial, UNCTAD said.

"Most successful big investment pushes have managed to effectively mix public and private initiatives in some way or another, and so in a very basic sense, all development finance is blended, said UNCTAD Secretary-General Mukisha Kituyi in the report.

South-South cooperation and sovereign wealth funds, of which $6 trillion are owned by developing countries, could offer other ways to boost long-term financing, said the UN agency.

The decline in the terms of trade for commodity exporters over last year, coupled with increasing capital outflows, has severely weakened economic prospects for many developing countries, the report notes.

"Overall, developing country growth is forecast to decline to around 4 percent in 2015, continuing a slowdown that began in 2011 after what initially seemed to be a robust recovery from the crisis in 2008-09," it said.

The UN agency was established in 1964 as a forum for developing countries to discuss issues related to their economic development.