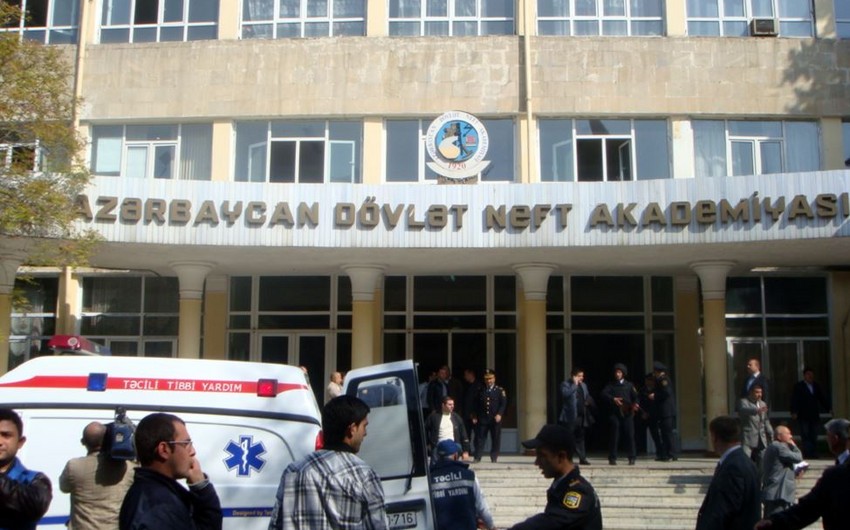 The friends and enemies of Azerbaijan have been seen more clearly after the country gained independence. The terrorist attack committed at the Azerbaijan State Oil Academy (currently the Azerbaijan State University of Oil and Industry - Ed.) ten years ago was also the enemy act. The terrorist attack perpetrated on April 30, 2009, claimed 12 lives and left 13, including 3 foreigners, wounded. Investigation revealed that the attack was committed by the one called Farda Gadirov. It is also noted that the representative of Armenian ethnic group Mardun Gumashyan was also involved in the crime. It was not a simple case. Therefore, this event needs economic, political and social assessment.

In fact, this terrorist attack can be viewed as a continuation of Armenia's war against Azerbaijan, which is proven by the fact that the terrorist was instructed by Armenian special services. In any case, the attack on the university can be seen as a continuation of the series of attacks that included the attack on the Baku metro on March 19 and July 3, 1994. Those explosions killed a total of 27 people and wounded 91. By doing so, they wanted Azerbaijan to give away its independence. History proves that representatives of Armenian ethnic group and their networks are primarily used in such issues.

By choosing a university, the enemy targeted the Azerbaijani youth. They sought to create distrust among the young people towards the state in an attempt to create chaos in the country. They tried to make the youth rise against their state independence and defer from military service. But on June 18, 2010, warrant officer Mubariz Ibrahimov crossed the 1 km mined area between the two troops and terminated a number of enemy soldiers and officers all alone. This symbolizes the loyalty of Azerbaijani youth to their state, independence and territorial integrity of the country. This case proved that no force is able to turn the Azerbaijani youth from the path of loyalty towards their state.

By the way, following the tragedy at the university, the Azerbaijani state bodies further strengthened the anti-terror actions. The country's public declares its demand for territorial integrity from all forums and meetings, from all rostrums. Azerbaijani army proved its readiness to liberate Karabakh by military way to its friends and enemies in the April battles of 2016. Azerbaijani public stands for liberation of Karabakh from occupation.

Country's economy was among the targets of those who planned the terrorist attack. They considered that by this way they will present Azerbaijan to investors as an unstable country and thus reduce investments in Azerbaijan. But, against their expectations, Azerbaijan advanced 18 points taking the 51st place among 133 countries and 1st among the CIS states in the 'Global Competitiveness Report' for 2009-2010. All the same, Standard and Poor's International Rating Agency upgraded the country's economy from Stable to Positive.

Whereas, in 2009, Armenia's GDP dropped by 17 %. The national currency of the country devalued by 21 percent, and remittances to Armenia decreased by 34 percent. The leaders of that country and supporters of their occupation policy believed that with terror in Azerbaijan State Oil Academy (ASOA), Armenia will be presented to the world community as more stable country than Azerbaijan. In January-August 2010, 674 economic crimes were registered in Armenia. It was 14 percent more than in 2009. During the reporting period 10,279 criminal cases were registered across the country, which was 9.1 percent more than a year earlier.

Thus, neither occupation nor terrorist acts could not prevent the Azerbaijani population and society from developing their state independence, economy, army building, social and cultural spheres, and strengthening young people's military patriotism. After that event, Azerbaijan hosted a number of international events, became one of the leading participants in international economic projects. The world summit of religious leaders in Baku in summer 2010, the presentation of the UNESCO Convention on the Protection and Promotion of the Diversity of Cultural Expressions in Baku on May 20, 2010 can be shown as example.

This crime did not reach its ultimate goal. Even though we had human losses, the Azerbaijani society managed to withstand this pain through unity. There are many lessons to take from that. Once again it is proven that the security of the state is the duty of every citizen. It has been confirmed that the friend and enemy of Azerbaijan have not changed.